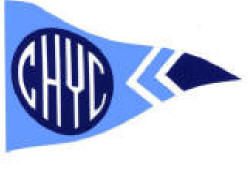 She was born March 29, 1916 in Newburgh, New York and moved to Port Charlotte in 1969 from Newburgh. Mary grew up in Newburgh and graduated from Newburgh Free Academy. She was a cashier in her fathers food market and later was employed by Sears Roebuck and Company in the business office as a bookkeeper.

She was married to Samuel Podell until his death in 2006. They enjoyed many years together boating, card playing and Golf. They were Life Members of the Charlotte Harbor Yacht Club. She was a member of the Womens Club, past member of the Port Charlotte Golf Club and Grandmothers Club of Port Charlotte. She was an avid Bridge player.

To leave a condolence, you can first sign into Facebook or fill out the below form with your name and email. [fbl_login_button redirect="https://robersonfh.com/obituary/mary-podell/?modal=light-candle" hide_if_logged="" size="medium" type="login_with" show_face="true"]
×