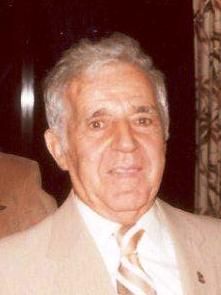 Nicholas was born November 2, 1912 in Augusta, Maine, to the late Elias and Anastasia Mitchell. His father was a self made man who emigrated from Albania in the early 20th century. Nick grew up working in his father’s trucking company transporting bananas throughout Boston and the Northeast. Later he joined M&M Transportation and became one of the first New England Teamster Union Steward. He received the Million Mile Award from Mack Trucks. He retired to Port Charlotte from Woburn, MA in 1979. He was a loving and beloved husband, father, grandfather and brother.

He is survived by his two grandchildren; granddaughter Linda M. Mitchell, and her husband, Edward Canty. Michael R. Mitchell, II and his wife Katherine Mello-Mitchell and great granddaughter Sedona Michaela Mitchell and three sisters Catherine Cox, Olympia Salter, and Antoinette Gildersleeve. Nicholas was preceded in death by his wife of 68 years, Agatha Mitchell, in June of 2001, and only son Michael R. Mitchell in March of 2004 and daughter-in-law, Helen M. Mitchell April 2010.

To leave a condolence, you can first sign into Facebook or fill out the below form with your name and email. [fbl_login_button redirect="https://robersonfh.com/obituary/nicholas-mitchell/?modal=light-candle" hide_if_logged="" size="medium" type="login_with" show_face="true"]
×