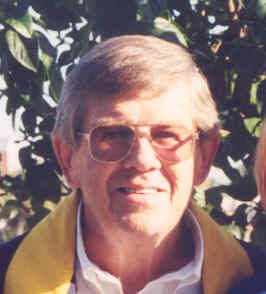 He was born March 5, 1946 in Madelia, Minnesota to Gladys (Thordson)
Helling Loft and Clarence Helling. He moved to Mankato in the Spring of 1960 and attended school at Franklin and Mankato High School graduating in 1964. He married Gayle Habinger on January 8, 1966. He was a buyer at Midwest Electric upon its sale and
Started GTO Electronics in St. Peter, MN, then later at National Investors in Mankato, renovating the National Building and developing Mid-Town Square in Mankato. He then retired for a few years and made a move to Tucson, AZ and resided there for 16 years, owning a home health care company, upon the sale of the business he then moved to Port Charlotte, FL. In Port Charlotte he opened a Batteries Plus Store with the assistance of his family. Oscar enjoyed cars, pheasant hunting, boating, fishing and his faithful dog General. He was a member of Edgewater United Methodist Church in Port Charlotte.

Memorial services will be held 10:00 AM, Thursday, September 24, 2009 at Edgewater United Methodist Church in Port Charlotte.

To leave a condolence, you can first sign into Facebook or fill out the below form with your name and email. [fbl_login_button redirect="https://robersonfh.com/obituary/oscar-helling/?modal=light-candle" hide_if_logged="" size="medium" type="login_with" show_face="true"]
×