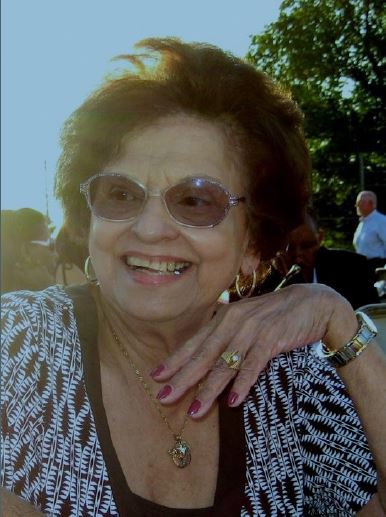 Visitation will be held from 10 to 11 a.m. on Saturday, April 27, 2019, at Roberson Funeral Homes Port Charlotte Chapel.

It is with great sadness that the family of Parbattee Sumarya Balkissoon, known to many as Pari Spangler, announce her death.  After 86 years of life, on Saturday, April 13th, 2019 in Port Charlotte, Florida, Pari passed away peacefully and in the company of her son.

Pari was born in San Fernando, Trinidad on October 3rd, 1932 to Jagranie Tiwarie and Balkissoon Maharaj. She was raised by a large and proud West Indian family and was the youngest of ten siblings.  Pari immigrated to the United States for college and earned a Bachelor’s degree from Howard University. She then earned a Master’s in Public Health from the University of California Los Angeles School of Public Health and subsequently served as an Officer of the United States Public Health Service for over 20 years.

Visitation will be held from 10 to 11 a.m. with Funeral services in her memory beginning at 11 a.m., all on Saturday, April 27, 2019, at Roberson Funeral Homes Port Charlotte Chapel at 2151 Tamiami Trail in Port Charlotte, Florida, with Reverend Olivero (Episcopal faith) and Pandit Mahindra (Hindu faith) presiding.  A private committal will be held by the Spangler family on Sunday, April 28, 2019, over the waters of the Atlantic off of Florida’s East Coast.

Her family asks that all those who knew Parbattee rejoice in her memory and celebrate her life, which was filled with beauty, love, family, and friends.

Friends may visit online at www.robersonfh.com to view services and extend condolences to the family. Arrangements are by Roberson Funeral Homes & Crematory, Port Charlotte Chapel.

To leave a condolence, you can first sign into Facebook or fill out the below form with your name and email. [fbl_login_button redirect="https://robersonfh.com/obituary/parbattee-b-spangler/?modal=light-candle" hide_if_logged="" size="medium" type="login_with" show_face="true"]
×

Visitation will be held from 10 to 11 a.m. on Saturday, April 27, 2019, at Roberson Funeral Homes Port Charlotte Chapel.