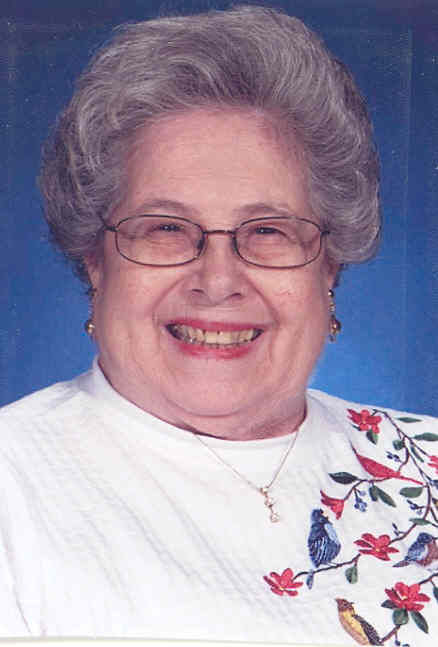 Pat, born in Pomeroy, Ohio in 1928, cherished being both a homemaker and mother after having met and married her beloved Edward while both worked for GTE of Ohio. Pat moved from Dover to Sarasota, Florida before moving to Port Charlotte in July of 2002. She was a member of Holy Trinity Lutheran Church of Port Charlotte, and enjoyed golfing, beaches and volunteer work.

She is survived by her husband Edward T. Bauer, and daughter Polly Ann Bauer of New Port Richey, FL; one granddaughter, Kelly Sue DeConnick of Kansas City, MO, one sister, Vivian Pauline Matthews and one brother, Charles R. Karr, Jr., both of Port Charlotte, and seven nieces and nephews.

To leave a condolence, you can first sign into Facebook or fill out the below form with your name and email. [fbl_login_button redirect="https://robersonfh.com/obituary/patricia-bauer/?modal=light-candle" hide_if_logged="" size="medium" type="login_with" show_face="true"]
×