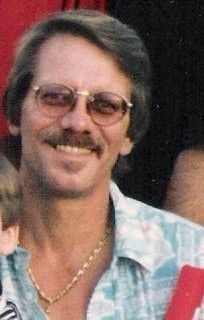 Paul Daniel Kufrin, 56, of Port Charlotte, Florida died February 13, 2010 at Fawcett Memorial Hospital in Port Charlotte. He was born April 4, 1953 in Chicago, Illinois and moved to Port Charlotte in 1973 from Illinois. He was a was Merchant Marine Captian and a commerial fisherman and was a loving father and brother and grandfather who will be missed, but not forgotten.
Survived by his daughter, Janelle J Widel of Bryant, AR; a sister, Eve Kufrin of FL . two brothers, George M. Kufrin of Scottsdale, AZ and Ben Kufrin of Venice, CA; three grandchildren, Jacob, Lance and Jade; his mother, Luella Anderson of Lyons, IL and father George Kufrin of Chicago, IL
Friends may visit online at www.robersonfh.com to sign the guest book and express condolences. Arrangements by Roberson Funeral Home & Crematory Port Charlotte Chapel.

To leave a condolence, you can first sign into Facebook or fill out the below form with your name and email. [fbl_login_button redirect="https://robersonfh.com/obituary/paul-kufrin/?modal=light-candle" hide_if_logged="" size="medium" type="login_with" show_face="true"]
×