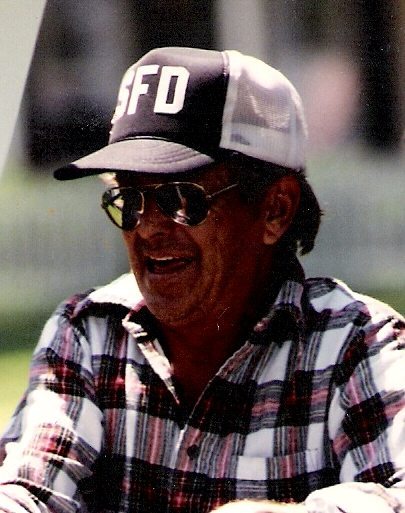 He was born February 18, 1933 in Southampton, L.I., New York, to the late Robert and Maude Downs. Known as Rooster by family and friends, spent most of his life in New York farming. Though his farm kept him busy, he found time to serve his community by volunteering his time over 33 years with the Southampton, L.I., NY Hook & Ladder Company. In his spare time, his interest and love of car racing, led him to enthusiastically sponsor many Modified car racing events and drivers, and devote long passionate hours to the restoration of numerous antique autos, trucks and tractors, while still finding time to enjoy with his beloved wife Deirdre “Dee”, whom after a short six years together, married in 1985.

A Memorial gathering, starting at 5 p.m. and service at 7 p.m. celebrating Philip’s life will be held at Roberson Funeral Homes’ Punta Gorda Chapel, 215 Mary Street, on Wednesday, June 10, 2015. Further services followed by committal and interment will be held in his native New York in September, date and time to be announced.

To leave a condolence, you can first sign into Facebook or fill out the below form with your name and email. [fbl_login_button redirect="https://robersonfh.com/obituary/philip-rooster-white-downs/?modal=light-candle" hide_if_logged="" size="medium" type="login_with" show_face="true"]
×