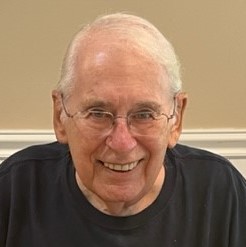 Raymond was born March 6, 1940, in Elizabeth, New Jersey.  He graduated Rahway High school and served in the army upon graduation.  He attended Rutgers University, Seton Hall, and John Marshall Law School.  Raymond was an accountant for Searle Pharmaceuticals in Chicago and Charlotte and Sarasota County Public Works before retiring.

Raymond is survived by his sons Keith Miller of Brandon Florida and Brian Miller of Port Charlotte, brother Robert Miller of Durham, North Carolina, and sister Carol Weitzel of North Port.  Raymond had 3 grandchildren: Caitlin, Jordan, and Brooke and two great-grandchildren Cameron and Kennedy. He  was preceded  in death by his wife Irene A. Miller and son Raymond Carl Miller, Jr.

To leave a condolence, you can first sign into Facebook or fill out the below form with your name and email. [fbl_login_button redirect="https://robersonfh.com/obituary/raymond-carl-miller/?modal=light-candle" hide_if_logged="" size="medium" type="login_with" show_face="true"]
×