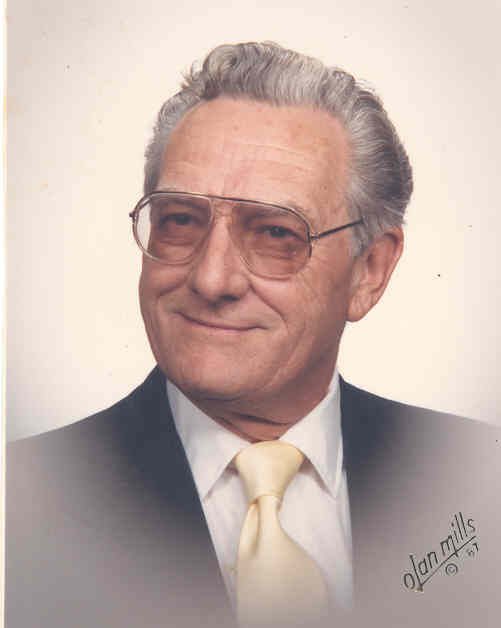 Raymond S. Griffith, 82, of Lake Suzy, Florida died July 20, 2006. He and his twin brother were born July 4, 1924 in Russellton, Pennsylvania, sons of Sheals H. and Myrtle B. (Myers) Griffith. Upon graduating from grammar school in Russellton in 1938, he received the American Legion School Award. In 1942, he graduated from Springdale High School with top honors in physics and mathematics. On December 7, 1942, at 18, he enlisted into the cadet program of the Army Air Corps, and at 19 he received his commission as a 2nd Lt. along with his navigators wings in April 1944. He was assigned to a bomber crew and was sent to the 325th squadron, 92nd heavy bomber group of B-17 Flying Fortresses, of the 8th Air Force at Podington, England. His skills as a navigator enabled him to move up to squadron lead and then to group lead. At 20, he was a captain, completing 35 heavy bomber raids over France and Germany. He was the recipient of the European Theater Ribbon with four battle stars, the Air Medal with five oak leaf clusters, and the Distinguished Flying Cross. After his separation from service in 1945 he attended Carnegie Institute of Technology (now known as Carnegie Melon in Pittsburgh). In 1946, he married Mary Elizabeth (Betty) Watson of Russellton; they both attended and were members of the United Presbyterian Church in Russellton. He earned his BA degree in architecture in 1950; by then he and Betty were proud parents of two daughters, Barbara and Mary. During his college years, he was in the active reserve at the Greater Pittsburgh Airport and in 1953 he dropped out of the active reserve to give full-time to his architectural practice. He received his discharge from the Air Force as a major USAFR. In October 1958, he had enough of the ice and snow and decided to try Florida. After traveling down the east coast and up the west coast to Punta Gorda, he saw the potential of the area with PGI just getting started and the development of Port Charlotte under way; and decided to be part of it. The following summer, Betty and their three daughters, Barbara, Mary, and Janet came to Florida. He maintained an architectural practice for 38 years with registrations in Pennsylvania, Virginia, Georgia, Florida, and a certificate with the National Council of Agricultural Registration Boards. His practice included numerous churches, condominiums, office buildings, club buildings, fraternal lodges, strip malls, and civic buildings. Some of his noted projects are the Egypt Shriners Complex and the Scottish Rite building in Tampa and the Morrocco Shrines Complex in Jacksonville. He was active in community and fraternal organizations; a squadron commander and then a group commander of Southwest Florida Civil Air Patrol with the rank of Lt. Colonel and held a single and multi-engine private pilot license, served on the Charlotte County Board of County Commissioners from 1972-1976. Past Potentate and charter member of the Araba Shriners, Fort Myers, past president of Florida Shrine Association, past president Southeastern Shrine Association, a Mason for over 56 years Lodge #502 in Tarentum, PA, a Shriner for over 55 years, past National Commander Heroes of 76 of National Sojourners, past director Court #170 Royal Order of Jesters in Fort Myers, Emeritus Director for the Collingwood Library and Museum on Americanism in Alexandria, VA, charter and life member of Elks Lodge #2153 in Port Charlotte and was a member of ritual teams which won the state championship in 1985. His other life memberships include: The Royal Order of Scotland, VFW Post #5690, American Legion Post #110, Reserve Officers Association, MOAA, and MIP National Sojourners.

To leave a condolence, you can first sign into Facebook or fill out the below form with your name and email. [fbl_login_button redirect="https://robersonfh.com/obituary/raymond-griffith/?modal=light-candle" hide_if_logged="" size="medium" type="login_with" show_face="true"]
×