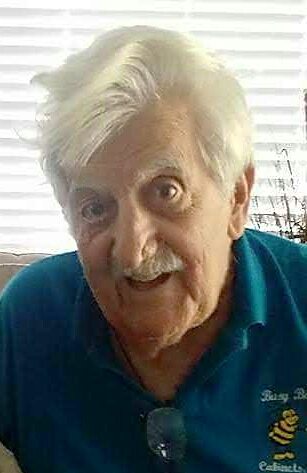 Memorial contributions in lieu of flowers may be made to Tidewell Hospice, Inc., 5955 Rand Blvd., Sarasota, FL 34238

He was born September 5, 1928 in New York City, NY and graduated from Stuyvesant High School and worked as a security analyst for Standard and Poors until 1960. He went on to retire from Moore & Schly, Cameron Co. in 1977. Ray married his wife Stella on Nov. 7, 1953 and they lived in Brooklyn until moving to Staten Island in 1956 and then to Port Charlotte in 1977.

Ray is a U.S. Army veteran of the Korean War. He was an avid baseball fan. His favorite team was the New York Yankees, becoming a Mets fan later in life. Ray coached Mid Island Little League and Babe Ruth League in both Staten Island and Port Charlotte. He also enjoyed watching football, especially the New York Giants.

To leave a condolence, you can first sign into Facebook or fill out the below form with your name and email. [fbl_login_button redirect="https://robersonfh.com/obituary/raymond-r-de-marco-sr/?modal=light-candle" hide_if_logged="" size="medium" type="login_with" show_face="true"]
×

Memorial contributions in lieu of flowers may be made to Tidewell Hospice, Inc., 5955 Rand Blvd., Sarasota, FL 34238