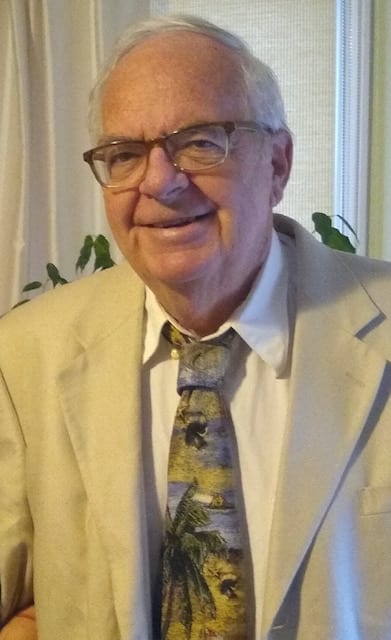 LeRoy Alfred Martin, 76, of Port Charlotte, FL, on October 12, 2020, answered his Savior’s summons to eternal life where he will live in the immediate presence of his Savior, the Redeemer of us all. LeRoy was the youngest son of Alfred and Clara (nee Reeg) Martin, born October 19, 1943, Mason City, Iowa. Baptized there [church] he later confessed his baptismal faith in the rite of confirmation in 1957 at Gethsemane Lutheran church in Mason City. In 1965 he graduated from Northwestern College (Watertown, WI). In 1969 he graduated from Wisconsin Lutheran Seminary (Mequon, WI) and was subsequently called into the full-time pastoral ministry of the Wisconsin Synod Lutheran Church. LeRoy faithfully served as pastor in Platteville, WI; Wonewoc, WI; Menomonie, WI; and Port Charlotte, FL. LeRoy had an intense interest in the eternal welfare of all souls. He believed that Jesus Christ is “the Way, the Truth and the Life,” and that everyone who believes in him will be raised from the grave with immortal bodies to live forever in heaven. On June 7, 1969, LeRoy and Sharon Krenz were married in New Ulm, Minnesota. He is survived by his wife and their children: Peter (Lisa) and their four children; Andrew, his two children and two great-grandchildren; Rachel Bates and her three children. He is preceded in death by his parents, his two brothers (Milton and Gilbert) and sister (Lorraine Dirksen). His peaceful demeanor and love of people will be cherished and remembered by family and those who knew him
The funeral service will be held at St. Paul’s Lutheran Church, Wonewoc, Wisconsin “Blessed are the dead who die in the Lord” (Revelation 14:13). Local arrangements by Roberson Funeral Home Port Charlotte Chapel

To leave a condolence, you can first sign into Facebook or fill out the below form with your name and email. [fbl_login_button redirect="https://robersonfh.com/obituary/rev-leroy-alfred-martin-alfred-martin/?modal=light-candle" hide_if_logged="" size="medium" type="login_with" show_face="true"]
×