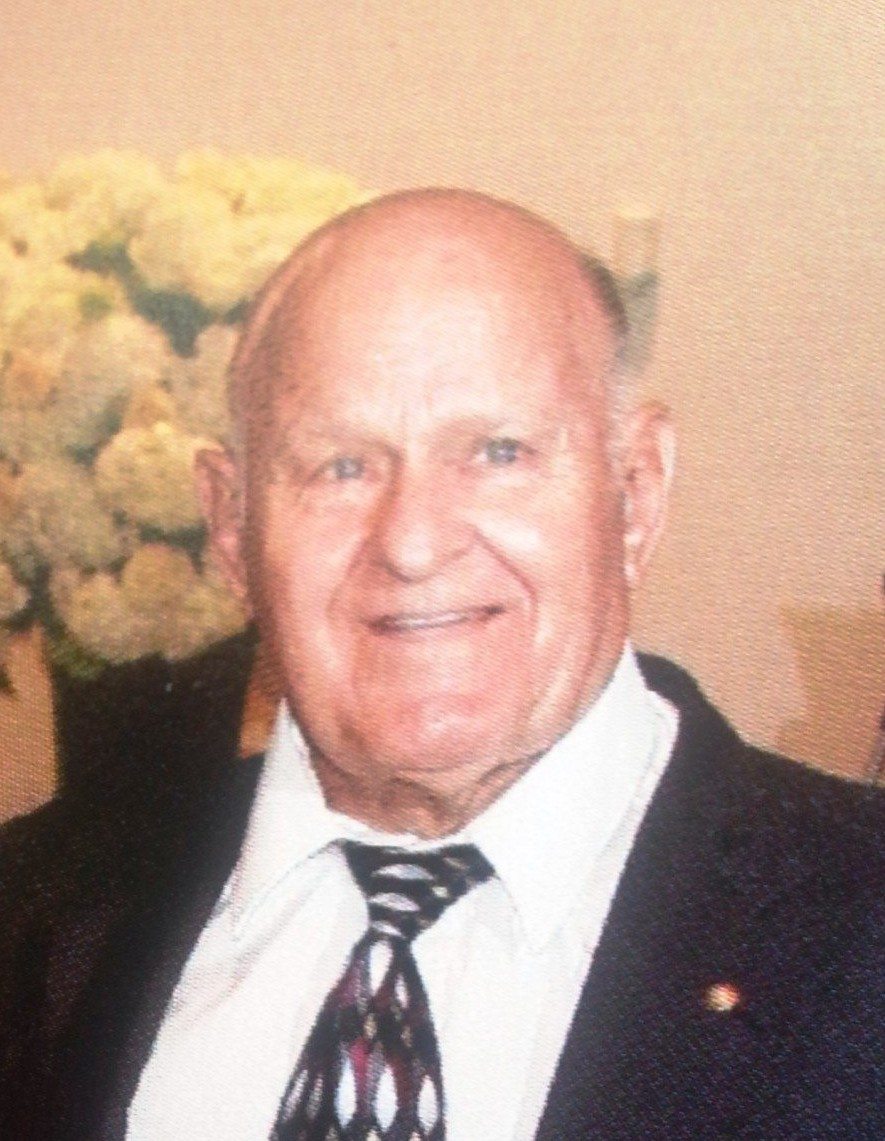 Dick was born in Jackson County Ohio on September 17, 1933 to Laura (Love) & Ross Tennant. Dick was the youngest of 5 children. He spent his earlier years in the Akron, Ohio area. He graduated from Kenmore High School in 1951 and was a 1955 graduate from Heidelberg College in Tiffin, Ohio where he was a Four Year Letterman in basketball.

After college Dick served two years in the U.S. Army at Fort Chaffee, Arkansas. Dick was also player-coach of the Ft. Chaffee Warriors who won the 4th Army Flag Football Championship at Albuquerque, New Mexico in 1957. After his army experience Dick returned to Akron and married Anita Coleman on June 6, 1959 and had two daughters. Dick worked for 13 years at Goodyear Tire and Rubber before moving to Port Charlotte with his family in February, 1970.

He worked for the Punta Gorda Isles Corp. as a warranty foreman in the building division for two years before starting his own business, Excelsior Solar Shield from 1973 and retired in 2012.
Dick was an avid member of the Port Charlotte Rotary Club with perfect attendance since 1976. He was also a Paul Harris Fellow in Rotary. Dick was president of the Port Charlotte Little League in 1974-1975 and a volunteer umpire for nineteen years.

To leave a condolence, you can first sign into Facebook or fill out the below form with your name and email. [fbl_login_button redirect="https://robersonfh.com/obituary/richard-dick-s-tennant/?modal=light-candle" hide_if_logged="" size="medium" type="login_with" show_face="true"]
×