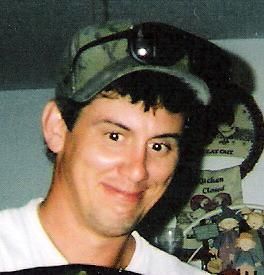 He was born in Bronx, New York on July 22, 1963 and was a Charlotte County resident since 1979. Rich was a 1981 graduate from Charlotte High School where he played baseball. He played men’s softball for many years in Charlotte County and was a loyal New York Yankees fan. Rich was a beloved husband, father, grandfather, son, brother, and friend and will be greatly missed by all who knew him.

Rich is survived by his wife, Debbie Dionisio; 2 daughter, Brittany Dionisio and Brooke Dionisio all of Port Charlotte; a son, Eric (Catie) Pershing of Colorado Springs, CO; his grandson, Jacob Pershing of Colorado Springs, CO; his father, Richard Dionisio of North Port, FL and his 2 brothers, Anthony and Stephen Dionisio both of Punta Gorda, FL. He was preceded in death by his mother, Carol Dionisio and a brother, Vincent Dionisio.

To leave a condolence, you can first sign into Facebook or fill out the below form with your name and email. [fbl_login_button redirect="https://robersonfh.com/obituary/richard-dionisio/?modal=light-candle" hide_if_logged="" size="medium" type="login_with" show_face="true"]
×