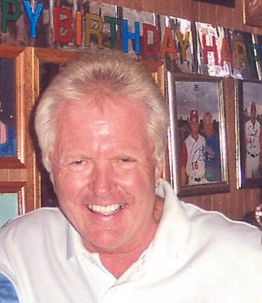 He was born September 20, 1944 in Chicago, Illinois and moved to Port Charlotte fourteen years ago from there. Richard was a retired Police Officer with The Chicago Police Department for over thirty years of service. In 2003, he opened Mr. Baseball a restaurant in North Port. He compared the atmosphere of his budding Sports restaurant to the television show Cheers. Richard was getting ready to reopen his restaurant, which closed a couple of years ago in North Port before he passed away. He loved baseball, golfing and his many friends and mostly his family, he will be missed very much. He was a member of St. Charles Borromeo Catholic Church, Elks Lodge, Moose Lodge all of Port Charlotte and served in the National Guard. Richard was also very well known for his appearances on News Radio 1580 WCCF, Jeff Collins, (The Golden Hippo) radio show.

Friends may visit online at www.robersonfh.com to sign the guest book and extend condolences to the family. Arrangements by Roberson Funeral Home Port Charlotte Chapel.

To leave a condolence, you can first sign into Facebook or fill out the below form with your name and email. [fbl_login_button redirect="https://robersonfh.com/obituary/richard-glenke/?modal=light-candle" hide_if_logged="" size="medium" type="login_with" show_face="true"]
×