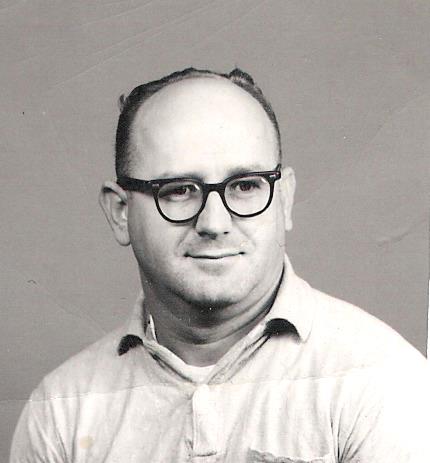 Richard John Hunter, 86, of Port Charlotte, Florida passed away and joined his wife of 51 years Joan in heaven on Thursday, September 17, 2015.

He was born July 6, 1929 in Detroit, Michigan and moved to Port Charlotte in 1978 from Warren, MI. He served as a First Class Gunner’s Mate for twenty eight years in the United States Navy Reserve. He earned eight ribbons during his time on fifteen destroyers, two aircraft carriers, one battleship and one cruiser in the Atlantic and Pacific Oceans. He retired after thirty two years as a lineman for Detroit Edison. He was a member of the Knights of Columbus and attended Victory Baptist Church both in Port Charlotte.

Survived by his four children, Holly (Mike) Vida, Shawn, Flo and Kay Hunter; two grandchildren, Amanda (Shawn) Valosin and Liz (Nick) Baltrusch; two great grandchildren, Hunter and Haiden Baltrusch; many nieces and nephews, brother and sister in laws. The family would like to thank Darcy, Shannon and Tidewell Hospice for their care and support during Richards’s illness.

Visitation will be held Saturday, September 26, 2015 from 10:00 AM to 11:00 AM with funeral services at 11:00 AM at Roberson Funeral Home Port Charlotte Chapel. Rev. Joe Logan will officiate.

Memorial contributions may be made in lieu of flowers to: Kay’s School, ARCOF Charlotte County, P.O. Box 495021 Port Charlotte, FL 33949.

To leave a condolence, you can first sign into Facebook or fill out the below form with your name and email. [fbl_login_button redirect="https://robersonfh.com/obituary/richard-john-hunter/?modal=light-candle" hide_if_logged="" size="medium" type="login_with" show_face="true"]
×