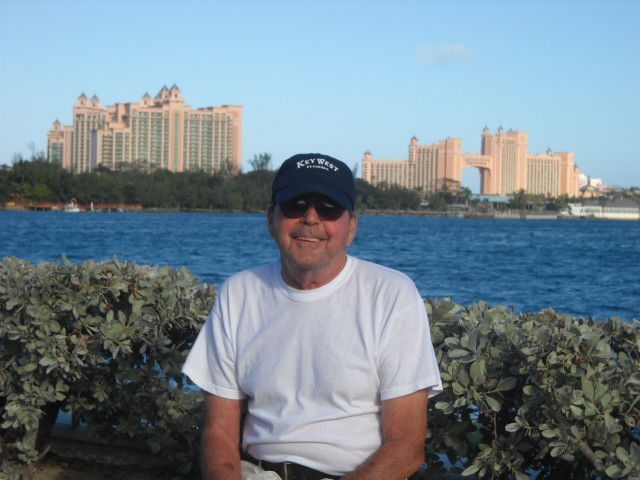 Richard (Butch) Smith,73, of Port Charlotte, Florida passed away Saturday, January 3, 2015 at his residence. He was born in Jersey City, NJ, moved to Little Ferry, NJ in 1972. A truck driver by trade and a Teamster member, he was blessed to retire at the age of 48 in 1989 and moved to Port Charlotte, FL. He is preceded in death by his granddaughter Alyssa Marie, and his beloved son John. He is survived by his wife of 51 years, Carole, his son Richard Smith of Port Charlotte; his daughter and son-in-law, Amy & Tommy Rea of North Port, his son and daughter-in-law Michael and Maria Smith of Coral Springs, FL, numerous grandchildren and one great grandchild. Rich, or Butch as his family called him, was an avid fisherman, hunter, and in his early years, a baseball coach for his three sons. He was a great provider and protector, as well as a wonderful and dedicated husband and father. He was an excellent friend, who refused no one. Words truly cannot express how much he gave, how much he was loved, and how much he will be missed by his family and many friends. Richard was an example of a life well lived.
Visitation will be held Tuesday, January 6, 2015 from 5:00 PM to 8:00 PM with a catholic prayer service at 6:30 PM at Roberson Funeral Home Port Charlotte Chapel. Mass of Christian Burial will be held 2:00 PM Wednesday, January 7, 2015 at St Charles Borromeo Catholic Church in Port Charlotte. In lieu of flowers, the family would like donations to be made to Rich’s favorite charity, Saint Jude’s Children Hospital Friends may visit online at www.robersonfh.com to sign the memory book and extend condolences. Arrangements are by Roberson Funeral Home & Crematory Port Charlotte Chapel.

To leave a condolence, you can first sign into Facebook or fill out the below form with your name and email. [fbl_login_button redirect="https://robersonfh.com/obituary/richard-smith/?modal=light-candle" hide_if_logged="" size="medium" type="login_with" show_face="true"]
×