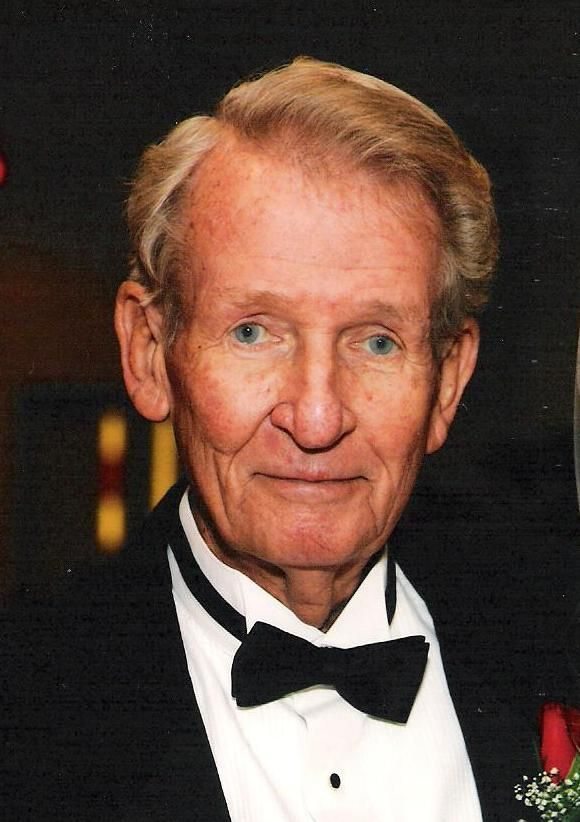 Richard Treder, 81, of Lake Suzy, Florida, passed away on Wednesday, December 30, 2009. He was a loving husband, father, grandfather and friend and will be greatly missed by all who loved and knew him.
Richard was born on September 1, 1928, in Beloit, Wisconsin delivered by his father-in-law to be. He graduated from Beloit High School and served as Corporal in the Army in Alaska. He married his high school sweetheart, Betty May Ottow, in September 1948. He received his BA in Chemistry from Vanderbilt University and later a Masters degree in Metallurgy from Lehigh University and a Masters in Business Administration from Purdue University.
He worked as President and General Manager of LaSalle Steel Company in Hammond, Indiana and Spring City, Pennsylvania. He also served as President of the Cold Finished Steel Bar Institute in Washington, D.C. He retired to Florida in 1998 and even then continued to work part time for the United States Census Bureau. He was a Board Member of Pembroke Property Association.
Richard was an active volunteer for the Boy Scouts, Boys and Girls Club, and Little League and American Legion baseball. He was a member of the Elks Club, the American Legion and Mensa.
Richard was an avid golfer and played on courses in Florida, Indiana, Pennsylvania, England, Scotland and Ireland. The rounds he enjoyed the most were played with his sons.
He took pleasure in games of all sorts, especially cards. Other hobbies included technology and gadgets, yard work and photography.
Richard is survived by his wife, Betty; five children: Debra (Tim) Barr-Smith of Kent, England; James (Ruth) Treder of Port Charlotte, Florida; Jennifer Wilson of Lake Suzy, Florida, David (Loren) Treder of Grand Blanc, Michigan, Richard (Suzie) Treder, Jr. of Fort Myers; eight grandchildren: Lisa, Alexis, Joanna, Daisy, A.J., Jon, Freddie and
Zak; and one great-grandaughter, Makenzi.

To leave a condolence, you can first sign into Facebook or fill out the below form with your name and email. [fbl_login_button redirect="https://robersonfh.com/obituary/richard-treder/?modal=light-candle" hide_if_logged="" size="medium" type="login_with" show_face="true"]
×