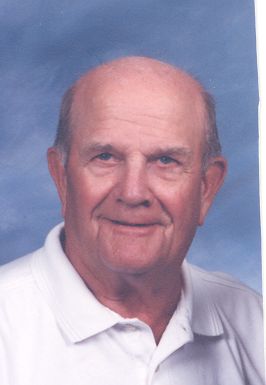 Robert was born January 31, 1921 in Byron Center, Michigan and moved to Arcadia in 1984 from Pontiac, Michigan. He was a retired motion picture projectionist. He was a veteran of WW II and the Korean Conflict proudly serving in the US Navy. Bob loved to dance and was an avid golfer which he had eight holes in one. He was a member of the Loyal Order of the Moose #2121 and American Legion post 110, and a life member of the B.P.O.E. lodge 2153 and V.F.W. # 5690 all of Port Charlotte. Robert will be missed by all who knew and loved him.

He is survived by his loving wife of 65 years, Bettie L. Cooper, a sister, Maxine Hall of Hastings, MI, and several nieces and nephews. He is preceded in death by his loving parents, Benjamin and Edna Cooper, five brothers and three sisters.

To leave a condolence, you can first sign into Facebook or fill out the below form with your name and email. [fbl_login_button redirect="https://robersonfh.com/obituary/robert-cooper/?modal=light-candle" hide_if_logged="" size="medium" type="login_with" show_face="true"]
×