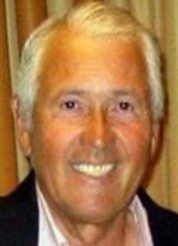 Robert Gustav Bengtson, also known as Bob Benson, 74, passed peacefully into the hands of the Lord on Sunday, January 29, 2017.

Bob was born December 15, 1942 in Streator, Illinois to Gustaf and Mary Eileen (Cullen) Bengtson. His love of radio started at WIZZ while a student at Streator High School. He was later a staff member at WIRE in Indianapolis, Indiana where he attended Butler University. He went on to KOIL in Omaha, Nebraska to become the National News Director for Star Stations. In 1966 he joined ABC to become News Director of WLS in Chicago, Illinois until 1968 after which he became News Director and later Program Director of KGO Radio, in San Francisco. In 1974 Bob left ABC and joined the Associated Press where he was the founder and first Managing Editor of AP Radio in Washington, DC. He returned to ABC in New York as Vice President of ABC News where he had a long career in charge of News and Sports for the Radio Networks. Bob’s career spanned many areas of Radio from disc jockey to covering news and sporting events to management. Of all the national and international events he attended and covered, he often said his most memorable moment was a private audience with Pope John Paul II. Bob moved to Punta Gorda in 1994. He enjoyed travelling, sailing, playing tennis, golf and later billiards. He was a member of the Isles Yacht Club. Bob was also a member of the PGI Civic Association, Sacred Heart Catholic Church and the St. Vincent de Paul Society. Bob’s love of radio was only surpassed by his love and devotion to family. Bob met and married Mary Ann Sullivan, his wife of 45 years, in San Francisco in 1971 and together they raised their sons.

Along with his wife Mary Ann, he is survived by his two sons, William Cullen (Susan) Bengtson of Fairfax, Va. and Robert C. (Erin) Bengtson of New York City; four beautiful grandchildren, Andrew, Sarah, Anna and Peter; his sister Barbara (John) Perkins of Eden Prairie, Minnesota and many beloved nieces and nephews.

A memorial Mass will be held 11 a.m. at Sacred Heart Catholic Church in Punta Gorda on Saturday, February 4th, 2017. In lieu of flowers, memorial remembrances can be made to St. Vincent dePaul Society, 25200 Airport Road, Punta Gorda, Florida 33950.

To leave a condolence, you can first sign into Facebook or fill out the below form with your name and email. [fbl_login_button redirect="https://robersonfh.com/obituary/robert-g-bengtson/?modal=light-candle" hide_if_logged="" size="medium" type="login_with" show_face="true"]
×