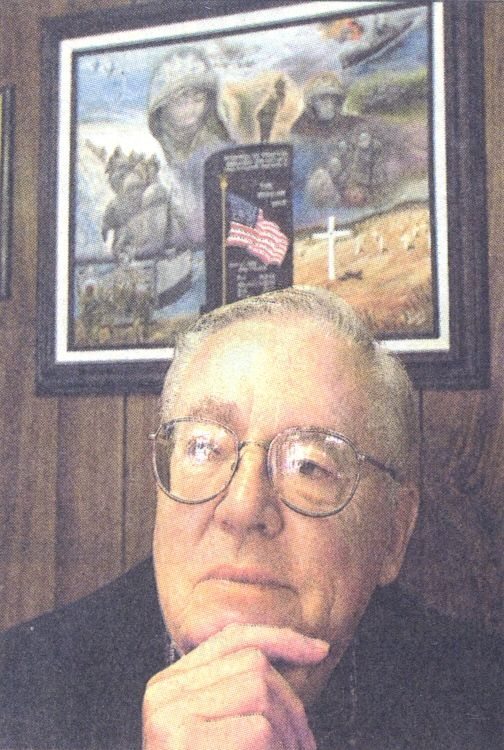 Robert was born on December 1, 1928 in Jersey City, New Jersey, the only child of the late James and Theresa Henry. A veteran of the Korean War, U.S. Navy and retired distribution administrator for the Nabisco Food Company, Robert lived in Saddle Brook, New Jersey with his wife and love of his life, Mary V. (nee-Pallander) for 32 years until relocating to Punta Gorda, Florida in early December of this year. He is a member of St. Philip the Apostle Church in Saddle Brook, New Jersey, the Korean War Veterans Association and the Tin Can Sailors National Association. He was also an honorary member of the Naval Air Station at Lake Hurst, NJ and an Alumnus of the USS Stoddard Fletcher-class destroyer.

Robert’s long time passion and love of art and oil painting and the many works he created, brought him respect and recognition from the Military, Government and Saddle Brook community as an artist. His oil paintings of Korean War Veterans are included in the Korean War Memorial; other works on display include those aboard the USS Intrepid, USS Cole, and HMS Winchester, and in New York Mayor Bloomberg’s office, an oil painting tribute to 911. Among Roberts other passions and loves was dancing, and his family.

To leave a condolence, you can first sign into Facebook or fill out the below form with your name and email. [fbl_login_button redirect="https://robersonfh.com/obituary/robert-henry/?modal=light-candle" hide_if_logged="" size="medium" type="login_with" show_face="true"]
×