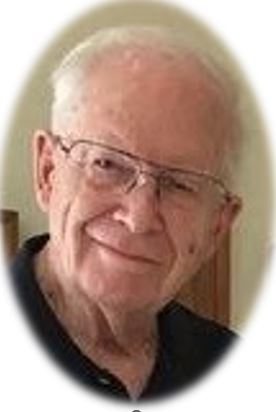 The family will be planning a celebration of life at a later date.

Ronald was born on October 27, 1932 in Massillon, Ohio to the late Inez and Urias Gensemer. Ron graduated from Ohio Wesleyan University in 1954 where he met his loving wife Neta and were married in 1953. He joined the Air Force Reserve in 1953 and served for 2 years active duty in the 825th Air Division (SAC) as an accountant before joining the Sears Roebuck Co. as an accountant and controller for the rest of his career until retiring in 1998. While moving many times during his career with Sears, the constants of his life were raising his family, a love for singing and performing choral music in church and community choirs with Neta, being an active member of and instructor for the U.S. Power Squadron, where he achieved Life Membership and the grade of Senior Navigator. He spent many happy years of sailing and sailboat racing throughout the Great Lakes, Hilton Head Island SC, and Port Charlotte FL.

Ron and Neta moved to Punta Gorda in 2000, where they became active members of the community including the Peace River Power Squadron, the First Presbyterian Church as part of their choir, and local community choirs Charlotte Chorale, and Bion Cantorum. They moved to their current home in Southport Square, Port Charlotte, in 2019 where Neta still resides and is surrounded by friends.

The family will be planning a celebration of life at a later date. For those wishing to make a memorial donation in his honor, the family wishes those to go to the Parkinson’s Foundation at www.parkinson.org

Friends may visit on line at www.robersonfh.com to extend condolences to the family. Arrangements by Roberson Funeral Home & Crematory, Port Charlotte Chapel.

To leave a condolence, you can first sign into Facebook or fill out the below form with your name and email. [fbl_login_button redirect="https://robersonfh.com/obituary/ronald-chadwick-gensemer/?modal=light-candle" hide_if_logged="" size="medium" type="login_with" show_face="true"]
×

The family will be planning a celebration of life at a later date.