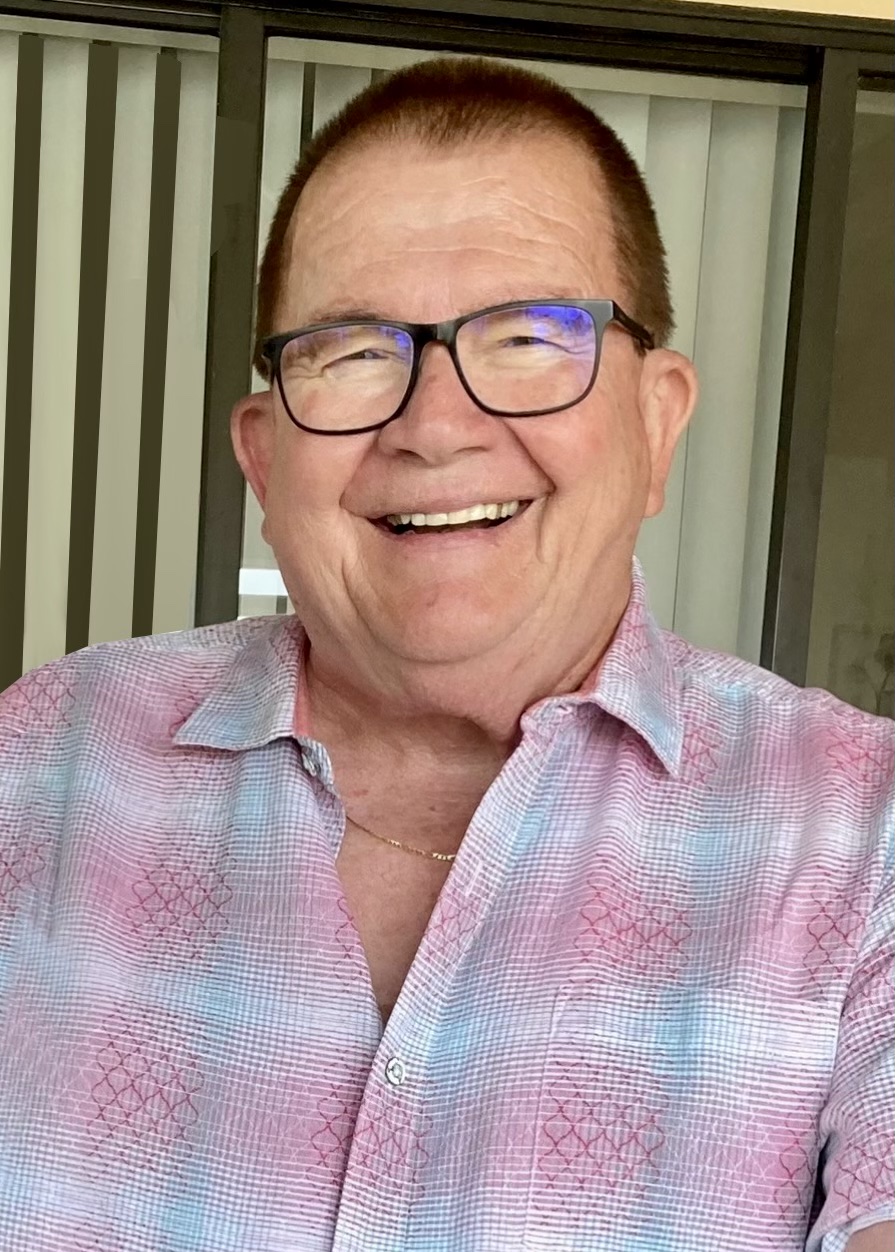 A celebration of life with a remote option will be announced at a later date.  Please return to this tribute page for the confirmed day, date, time, location and remote instructions.  The family is grateful for the care provided to him by the staff at Fawcett Memorial Hospital.

Ronald Eric Tornwall was born September 16, 1943, and passed January 10, 2022.  The first of the generation, Ron was born in Indianapolis, Indiana, during wartime. His father Runar “Cap” Tornwall served as a Captain in the US Army, his mother Florence as a strong, musical, and artistic influence.

“Ronny” soon moved to North Arlington, NJ, where he was adored by his close-knit Swedish family of grandparents, aunts, uncles, and cousins.  Brother Mark arrived just in time to close ’47 and begin a brother’s life-long bond of sports and competition.  Cap was called back to serve our country in ’52, supporting the post-war restoration of Europe.  The brothers spent 8 months in Germany, attended the ’52 Helsinki Olympics, and enjoyed their pet boxer Frederic.

The family returned to New Jersey, where Ron excelled; he often reminisced on his 1950s Americana childhood: neighborhood pickup baseball, movies with Uncle Ralph, and singing with the family around the piano.  When Florence passed suddenly of heart failure in ’57, the family supported the brothers extensively through the difficult years that ensued. Cap remarried a remarkable woman in ’61, adding siblings, Michael and Alexandra.

Ron graduated North Arlington High School in ’61 as Valedictorian, President of the Honor Society, Varsity baseball player, and Editor-in-Chief of the school paper. Accepted to Lafayette College in Easton, PA, Ron graduated in ’65 procuring his first new car: a ’65 VW Beatle, propelling him into his Master of Science in parasitology at Emory University in Atlanta, GA. Even though his piano lessons ended early with his mothers’ passing, Ron’s love of music endured, and his ever-expanding music collection cemented in ’67 with the iconic Sergeant Pepper’s album. His love of music–and quality, well-tuned sound systems–would be shared and appreciated by at least the next two generations.

With his National Institute of Health grant canceled early by the Vietnam War, Ron began teaching at Woodward Academy in ’67. For extra income, Ron tended bar at nights at the Steak and Ale.  Through the fortune of thirsty clients, Ron added an MGB roadster to his fleet in ’68.  Looking back to a published interview in ’61, despite acumen in writing, poetry, and journalism, Ron shared his career goals were not in writing but dentistry.  True to goal, Ron earned his Doctor of Dental Surgery in ’74 from Emory University.

Leaving Atlanta, Dr. Tornwall (“Dr. T”) returned to New Jersey and joined a practice in Bricktown.  A busy young professional with a family, as son Eric was born in 1977, Dr. T still found time for his hobbies of umpiring youth baseball and marathoning.  Training extensively on the Jersey Shore boardwalks, Ron ultimately qualified for the New York Marathon.  Ron and brother Mark would later run subsequent Houston marathons together.

In late ’83, putting the cold Northeast winters behind, Dr. T. pointed his new Cutlass Calais South, with ELO’s ‘Secret Messages’ playing on the Alpine sound system and destination Englewood, FL: a gamble to start a dental practice in the small, fast-growing town on Florida’s Gulf Coast.  Dr. T enjoyed the Sunshine State and established himself in the community, umpiring baseball, founding Gulf Cove United Methodist Church, and tending to his lawn, palms, and citrus trees.  Dr. T practiced dentistry for 36 years in Florida, retiring in 2019.  Dr. T was known to selflessly help those needing care, trading services with other business owners, and often would restore a smile for no charge.  Unbeknownst to fans, Sly Stone was able to make an early ’80s performance in Ft. Myers after finding relief from a bad toothache at the hands of Dr. T.  Dr. T achieved success for his patients through his spirit of perfection, artistic gift, and genuine concern for the health of his clients.

Ron enjoyed life as a grandparent and was thrilled that grandson Blake was an equal sports enthusiast. They enjoyed yearly games together at the University of Florida, even taking a homemade Albert costume to the 2006 SEC Championship Game. With season tickets, he was part of a loyal community that tailgated through many eras of Florida football. He traveled regularly to visit his family in Texas, wherein a single weekend trip, he managed grandson Blake’s varsity football game, a Rice University football game with his brother Mark, and a Dallas Cowboys game at Jerry World. He forever confounded those around him with the abstract collection of knowledge with which he could slay the Sunday crossword; his family was rarely a help, but it generally turned into an extended conversation and learning experience for anyone nearby.

Though Ron’s last few years included more surgeries and hospital-time than anyone would like, he felt blessed to enjoy the good company of his thoughtful and caring wife, and some very close friends. Ron was preceded in death by his parents. He leaves behind his wife Camella; stepmother Marta Tornwall; siblings Mark, Michael, Alexandra, and their families; son Eric and his wife Melody; grandson Blake and his wife Janessa, and granddaughter Edythe, along with many cousins and friends who grieve him.

A celebration of life with a remote option will be announced at a later date. The family is grateful for the care provided to him by the staff at Fawcett Memorial Hospital.  In lieu of flowers, the family respectfully requests donations be made in Ron’s honor to the American Heart Association or charity of your choosing.

To leave a condolence, you can first sign into Facebook or fill out the below form with your name and email. [fbl_login_button redirect="https://robersonfh.com/obituary/ronald-eric-tornwall/?modal=light-candle" hide_if_logged="" size="medium" type="login_with" show_face="true"]
×

A celebration of life with a remote option will be announced at a later date.  Please return to this tribute page for the confirmed day, date, time, location and remote instructions.  The family is grateful for the care provided to him by the staff at Fawcett Memorial Hospital.