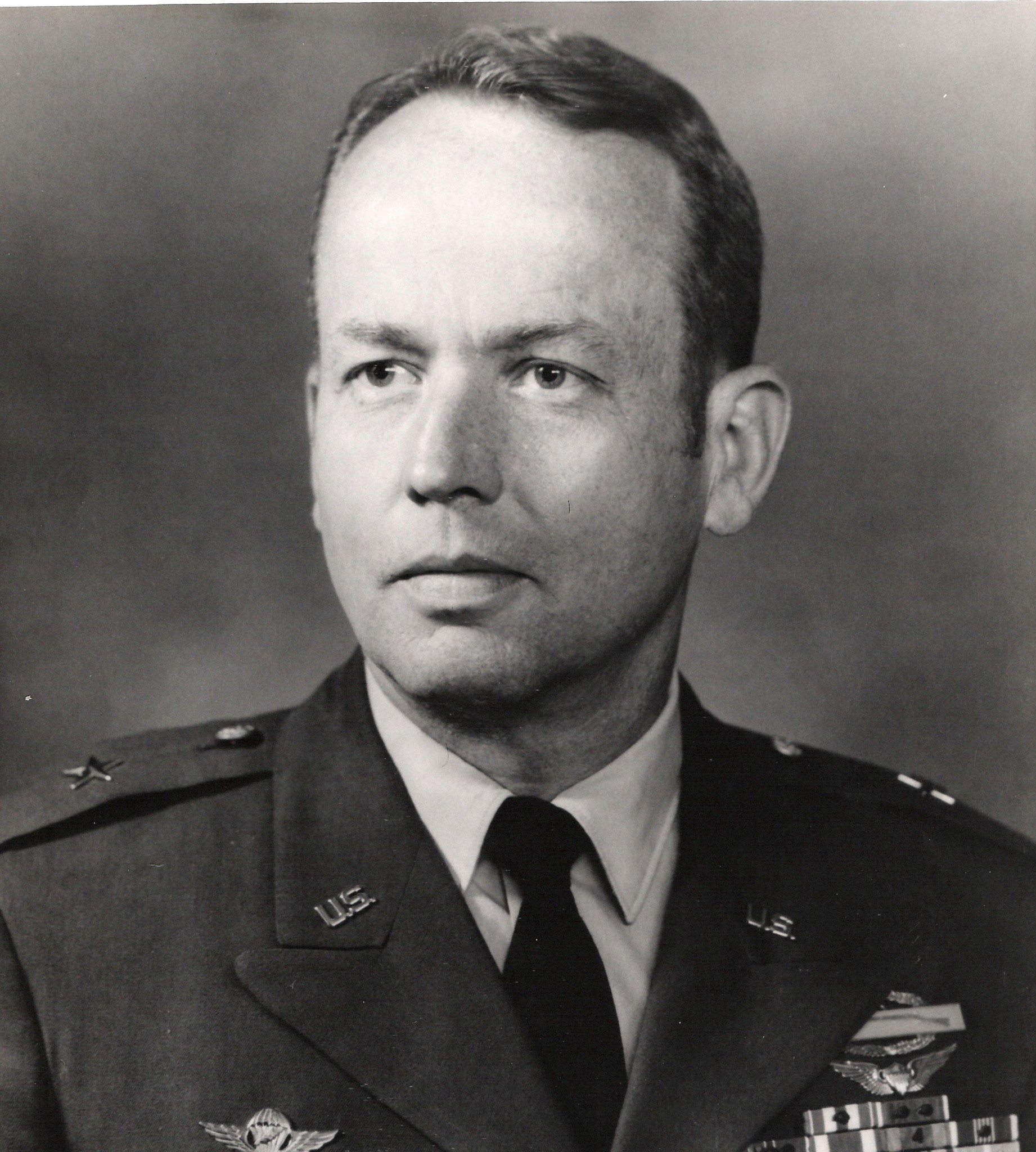 Funeral services will be held on Wednesday 11:00 AM, March 23, 2016 at the Episcopal Church of the Good Shepherd, 401 W. Henry Street, Punta Gorda, FL, 33950 officiated by The Very Reverend Roy Tuff. There will be gathering at the church immediately following the service.

Rufus was born March 29, 1929 in Huntington, West Virginia to Rufus Glenn and Helen Preston Field Lazzell. Rufus was a very restless and energetic young man. His parents thought he needed the discipline and physical activity that a military school could provide him. He found his true calling—being a solider—and graduated from Kentucky Military Institute and Virginia Military Institute and served in the US Army for 30 years.

In the Infantry, he had tours of duty in Korea and Vietnam. A list of his military awards includes a Purple Heart, three Bronze Stars, three Legion of Merit awards, two Silver Stars, and an Army Distinguished Service Medal. He was always up for adventure. He was a Ranger, a Paratrooper, and a licensed pilot of fixed wing planes and helicopters. As a Brigade Commander, he led his Alaskan troops breaking trail for the Iditarod sled dog race and parachuting on the North Pole. He later served as an assistant division commander in Germany, worked with NATO’s South Region Headquarters in Italy, and was a member of the Inter-American Defense Board.

After his retirement, he moved to his beloved Punta Gorda, Florida where he had a second 30-year career as a community volunteer and public servant. He served on the City Council and later was elected Mayor. He served as a board member for numerous non-profit organizations. He mobilized volunteers known as “Rufus’s Raiders” to brick streets in downtown Punta Gorda. He was a Commodore of the Charlotte Harbor Yacht Club, President of The Cultural Center of Charlotte County, and was the first inductee to the Military Heritage Museum’s Wall of Warriors.

In addition to his parents, Rufus is also preceded in death by his sister Linda Lazzell Webb Hood, her husband Eldon L. Webb, and their son Eldon L. Webb, M.D.

Rufus is survived by his wife of 64 years, Jo Jacqulyn Pond Lazzell of Punta Gorda; daughter, Victoria Pond Lazzell and her partner David Rash of Wellesley, MA, granddaughter, Laura Tyrrell and her fiancé Stephen Robinson and two great grandchildren, Mackenzie Tyrrell and Cameron Tyrrell; daughter, Linda Pond Lazzell and her husband Herb Schroeder of Eagle River, AK, and three grandchildren Collin Schroeder, Niall Schroeder, and Lars Johnson. Rufus is also survived by his niece Lazzelle Webb Parker and her husband Joe of Roanoke, VA, and their son Dave Parker; his nephew John Anglin Webb and his wife Molly of Lexington, KY, and their children Jake Parker and Libby Parker; his cousin Helen Sperry of Winchester, VA, and her family; and many other relatives and dear friends.

Funeral services will be held on Wednesday 11:00 AM, March 23, 2016 at the Episcopal Church of the Good Shepherd, 401 W. Henry Street, Punta Gorda, FL, 33950 officiated by The Very Reverend Roy Tuff. There will be gathering at the church immediately following the service. Burial with full military honors will be held at later date in Arlington National Cemetery, Arlington, VA.

Friends may visit online at www.robersonfh.com to extend condolences to the family.
Arrangements by Roberson Funeral Home Punta Gorda Chapel.

To leave a condolence, you can first sign into Facebook or fill out the below form with your name and email. [fbl_login_button redirect="https://robersonfh.com/obituary/rufus-c-lazzell/?modal=light-candle" hide_if_logged="" size="medium" type="login_with" show_face="true"]
×

Funeral services will be held on Wednesday 11:00 AM, March 23, 2016 at the Episcopal Church of the Good Shepherd, 401 W. Henry Street, Punta Gorda, FL, 33950 officiated by The Very Reverend Roy Tuff. There will be gathering at the church immediately following the service.