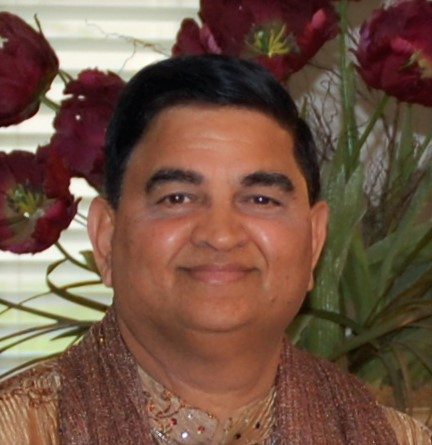 Satyanarayana “Sath” Voleti was born July 1, 1945 in Meerjapuram, Andhra Pradesh, India to Pullaiah and Ratna Manikyam.  Born to a family of land owners and farmers in a small village, Sath aspired throughout his life to achieve the best for himself and his family.  After graduating from Andhra University he received his masters in Chemical Engineering from the prestigious India Institute of Technology (IIT Chennai).  Later he became a director at an agro-chemical company by Birlas where hundreds of employees worked under his guidance.

Sath and his wife Jhansi immigrated to the United States on July 3rd 1982 to make a better life for their children.   After arriving in the United States, they made their home in New York City and Sath began a new career in finance/insurance and real estate where he was known for his commitment to his clients.

After raising their children, Sath and Jhansi moved to Port Charlotte in 2002, where he continued to leave his mark on the commercial real estate industry, founding Omni Action Realty.  He worked very hard and made sure he learned the industry to provide his clients with the best services and achieved CCIM, ALC, the CIPS certifications.  One of Sath’s proudest accomplishments was brokering one of the largest commercial real estate deals in Charlotte County history in 2006.

Sath enjoyed the company of his friends and family in the Port Charlotte region and was an active, caring member of the community.  Known for his friendly smile and his morning walks, he gave generously to friends and family alike, offering advice when asked, sharing his time and his resources, and providing support and kindness at every opportunity. His presence will be missed by many who were accustomed to his daily calls and kindly concern.  He was also very actively involved in the Indo American Cultural Association.

Sath is survived by his loving wife of 43 years, Jhansi Lakshmi Voleti ; his daughter Rajitha Yerramaneni of Chennai India and her husband Koti Yerramameni;  his son Rajeev Voleti and his wife Aimee Voleti of Bedford, MA; and his five  grandchildren, Nikitha Yerramaneni, Sanjeev Yerramaneni, Jairam Voleti, Vikram Voleti, and Sairam Voleti.  He will be missed by his brother-in-law Dr. Bala Nandigam and Sath’s large extended family.

Visitation will be held Saturday, October 22, 2016 from 10:00 AM until 11:00 AM at Roberson Funeral Home Punta Gorda Chapel, followed by a Funeral Service at 11:00 AM. Cremation will follow.

Friends may visit online at www.robersonfh.com to extend condolences to the family. Arrangements are by Roberson Funeral Home & Crematory Punta Gorda Chapel.

To leave a condolence, you can first sign into Facebook or fill out the below form with your name and email. [fbl_login_button redirect="https://robersonfh.com/obituary/satyanarayana-voleti/?modal=light-candle" hide_if_logged="" size="medium" type="login_with" show_face="true"]
×