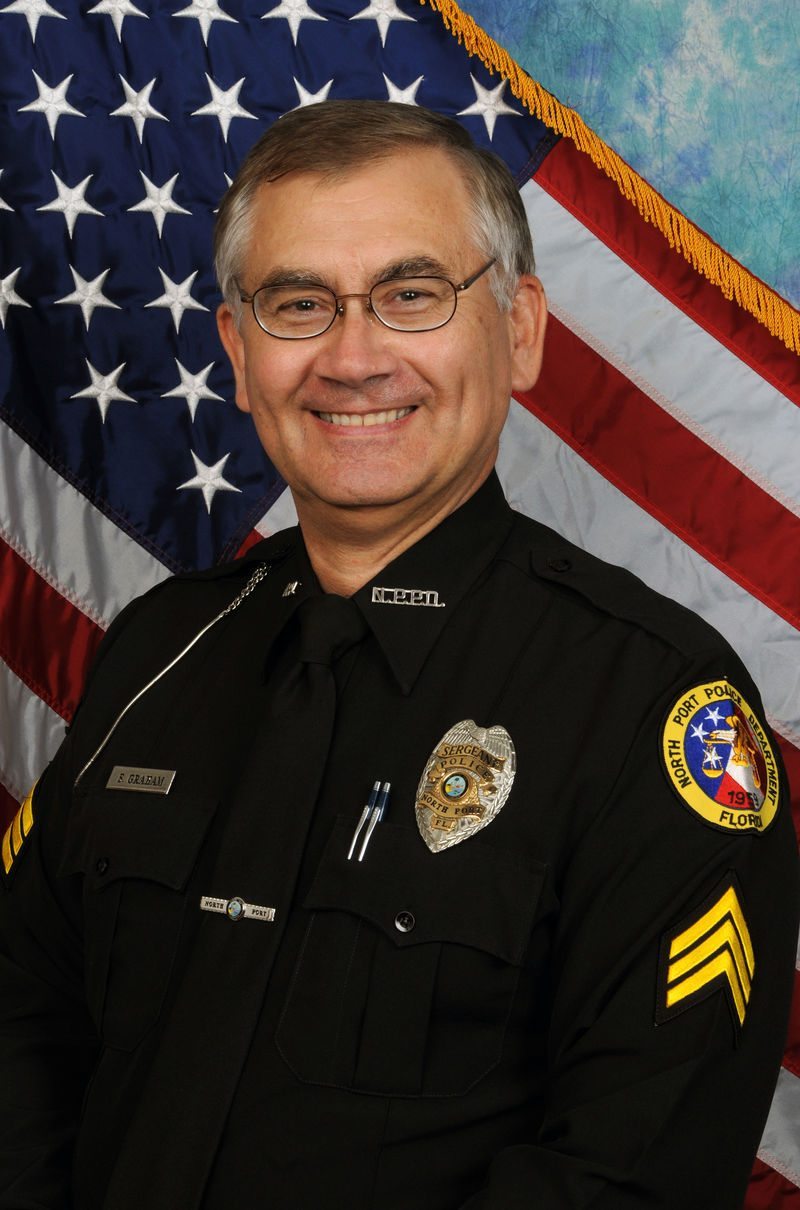 Scott graduated from Lincoln High School in 1973, upon graduation he was accepted into the pre-med program at Penn State University. Before Scott graduated with his biomedical sciences degree he decided to change his major to criminal justice. He traded in his stethoscope for a gun. A decision he never regretted.

Family was extremely important to Scott. When he was not working he could be found with his family. Scott loved to travel and loved many sports. Scott’s many talents included pitching for Penn State University and also playing hockey and lacrosse with so many of his friends. He was an avid bird watcher, a passion he shared with his grandfather. The Bald Eagle was his favorite bird. He loved animals. His obsession was photography. Scott would usually be found with a camera in his hand.

Scott leaves behind 36 years and several brother and sisters bound by a thin blue line. To the North Port Police Department, Charlotte County Sheriff’s Office, Lincoln Police Department in Providence, Rhode Island… Scott passes the torch to each of you. Take the knowledge he has given you and pass it on to future officers. Keep fighting crime in his memory.

Friends may visit online at www.robersonfh.com to sign the memory book and extend condolences to the family. Arrangements by Roberson Funeral Home Port & Crematory Charlotte Chapel

To leave a condolence, you can first sign into Facebook or fill out the below form with your name and email. [fbl_login_button redirect="https://robersonfh.com/obituary/scott-graham/?modal=light-candle" hide_if_logged="" size="medium" type="login_with" show_face="true"]
×