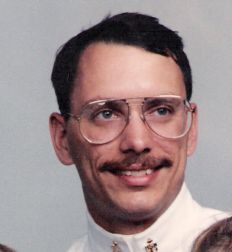 Scott was born on December 18, 1964 in Grand Rapids, Michigan to Harold and Carlyn (nee-Dodge) Moore. A career serviceman and Persian Gulf veteran, he retired after 20 years in the Navy with the rank of Chief Petty Officer. Scott, who had lived in Kentwood, Michigan, moved to Virginia Beach, Virginia, near his last station while in the Navy, and following his retirement, to North Port, where he worked as an electrician and R.V. technician.

To leave a condolence, you can first sign into Facebook or fill out the below form with your name and email. [fbl_login_button redirect="https://robersonfh.com/obituary/scott-moore/?modal=light-candle" hide_if_logged="" size="medium" type="login_with" show_face="true"]
×