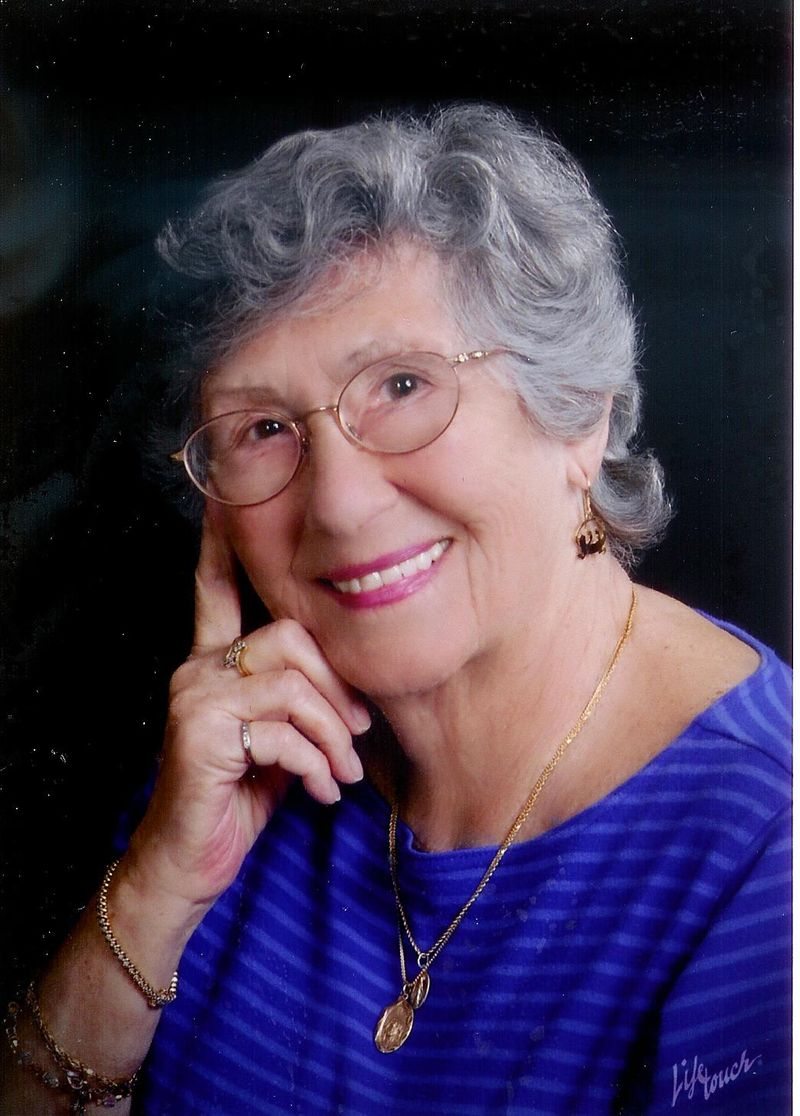 Born November 15, 1924 to Norman Peterson and Beatrice L. Nevins in Muskegon, Michigan, Shirley, a graduate of Saint Jean Catholic Church in Muskegon, attended Muskegon’s Junior College before entering into Muskegon’s Hackley Hospital’s Nursing Training Program. Eighteen months later she met a hospital patient, James M. Kerley, who would become her husband, on February 27, 1945. Following a move to Washington D.C. to be closer to her parents, Shirley began a 20 year career with AT&T. She and James raised their family in Rockville, Maryland just outside of D.C., where they resided from 1953 until moving to Punta Gorda as full time residents in 1991. A member of Sacred Heart Catholic Church in Punta Gorda, Shirley was a member of Sacred Heart’s Guild of Our Lady, the Pioneers Club Retirees, and was closely associated for many years with the Freeman House in Punta Gorda.

She is survived by her beloved husband of over 69 years, James; daughter Carole L. Tull of Fort Myers, FL, and son, Bradley A. Kerley of Punta Gorda; grandchildren, Melvin Faulconer and Darlene Machovec, both of Damascus, MD, and Sharon Ann Kerley of Lee High Acres, FL, and Jason Kerley of Baltimore, MD; great grandchildren, Josh, Ian and Riley Faulconer; sisters, Frances Schaefer of Phoenix, AZ and Barbara Ward Earle of Newark, DE, and sixteen nephews and nieces. Shirley was preceded in death by her parents, and a daughter, Sharon Ann Kerley.

Visitation will be held Monday, December 29, 2014 from 2 to 5 p.m. with Prayer service at 4:30 p.m. at Roberson Funeral Homes, 215 Mary Street in Punta Gorda. Mass of Christian Burial will be celebrated 11:00 a.m. Tuesday, December 30, 2014 at Sacred Heart Catholic Church in Punta Gorda. Burial will be held at Arlington National Cemetery in Arlington, VA at a later date.

In lieu of flowers, memorial donations in Shirley’s name are suggested to a charitable organization of one’s choosing.

To leave a condolence, you can first sign into Facebook or fill out the below form with your name and email. [fbl_login_button redirect="https://robersonfh.com/obituary/shirley-kerley/?modal=light-candle" hide_if_logged="" size="medium" type="login_with" show_face="true"]
×