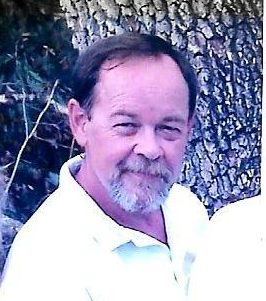 Per his wishes, his body was cremated.

Steven F. Martin, 71, of North Port FL, formerly of Watertown NY, passed away peacefully in his sleep on November 7.
Steve was born April 5, 1951, in Watertown NY, the fourth child of John “Fred” and Viola Brown Martin.  He was a 1969 graduate of Watertown High School. He graduated from SUNY Alfred in 1971 and Clarkson College of Technology in 1973 with a degree in Civil Engineering.

After graduation, Steve went to work for Rouse Construction-The Cives Group overseeing the building of paper plants in Maine. He worked in the industrial construction industry supervising projects in Maine, Georgia, Texas and Ohio. In 1998, a brain aneurysm forced him to retire early from Danis Building Group.  He married Kathy Mulvey September 1981 in Maine. The marriage ended in divorce. He married Kandice Burgess in 1997. She died in 2001.  Steve relocated from Miamisburg OH to North Port FL in 2002.

He was predeceased by his parents and his wife Kandice.  He is survived by his siblings: Patricia Martin O’Driscoll (Michael) Bradenton FL, Frank J. Martin (Bonnie) Orange Park FL, Wayne J. Martin Watertown, NY, and Sally Martin Peters (Steve) Woodinville WA, as well as many nieces and nephews.

To leave a condolence, you can first sign into Facebook or fill out the below form with your name and email. [fbl_login_button redirect="https://robersonfh.com/obituary/steven-f-martin/?modal=light-candle" hide_if_logged="" size="medium" type="login_with" show_face="true"]
×

Per his wishes, his body was cremated.