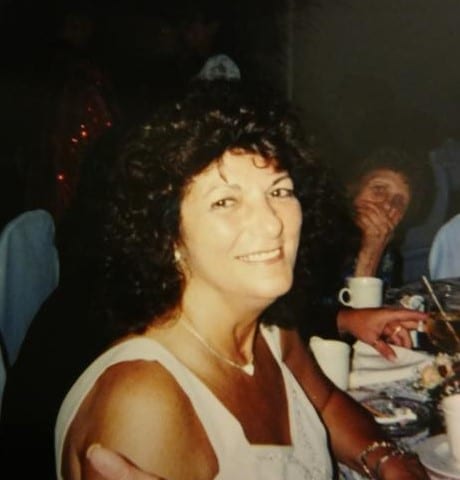 Sue Ellen LaBarbera (Ferrigno), age 74, passed away at her youngest daughter’s home after a 20 year struggle with cancer. Born on January 20, 1946, in Norwalk, Connecticut, the daughter of Thomas and Helen (Angelo) Ferrigno, she was a resident of North Port and then Port Charlotte since 2005.
Sue Ellen graduated East Paterson/Elmwood Park Memorial High School, Class of 1963, but called Garfield, NJ, her home for the majority of her life. She worked at The General Hospital Center at Passaic in Passaic, New Jersey, for 35 years where she began as an apprentice operating room technician and ended her career as the hospital’s operating room support coordinator. In her younger years, she enjoyed family trips to the Jersey shore and the Florida coastline, and she later loved spending time with family and friends watching movies and playing bingo.
Sue Ellen was preceded in death by her parents. She is survived by her three daughters, Michele LaBarbera of Lakeland, Coreen Evers of Rhinelander, WI, and Erica LaBarbera of Port Charlotte; her six grandchildren, Richard, Louis, Elijah, Owen, Rachael, and Luciana; her brother, Thomas Ferrigno, Jr. and two sisters, Rosemarie (Ferrigno) Zbieg and Maryann (Ferrigno) Bolnick; and her nieces and nephews and their children who all knew her as Aunt Sue Sue.
A visitation and service of remembrance will be held on Saturday, August 29th, 10:00am at Roberson Funeral Home located at 2151 Tamiami Trail, Port Charlotte, Florida. There will be a virtual component for those who cannot attend in person. Flowers can be sent directly to Roberson’s Funeral Home or in lieu of flowers, please consider a donation to the Florida Youth Challenge Academy and/or American Cancer Society.
Arrangements are by Roberson Funeral Home & Crematory Port Charlotte Chapel.

To leave a condolence, you can first sign into Facebook or fill out the below form with your name and email. [fbl_login_button redirect="https://robersonfh.com/obituary/sue-ellen-labarbera/?modal=light-candle" hide_if_logged="" size="medium" type="login_with" show_face="true"]
×