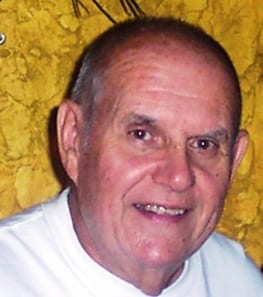 Interment to be private by family only.

Thomas Ciranello, loving husband, and father of two daughters passed away on March 4, 2021, at the age of 84.
Thomas (Tom) was born on June 29, 1936 in Bayonne, New Jersey to Louis and Helen (Janecko). He spent the majority of career working as a supervisor at AT&T until he retired in December 1989. On October 5, 1957, he married Anne Marie Lynch.  Together they proudly raised two daughters, Gerilyn (Geri) and Genifer (Geni). Tom was a devoted Husband, Father, Grandfather and Great- Grandfather. He will forever be remembered by his family for his generosity, selflessness, intelligence, and his caring nature that extended way beyond his own family; as well as his devotion to ensure his daughters always succeeded in any endeavors they pursued.
Thomas was proceeded in death by his father Louis and his mother Helen (Janecko) Ciranello, his sister Concetta (Ciranello) Chandler, his son-in law, Jose I. Domingo, MD, his brother-in-law and dear friend Henry Mastowski, and his brother-in-law and sister-in-law Raymond and Barbara Lynch. He is survived by his wife Anne Marie (Lynch), his children Gerilyn (Ciranello) Domingo, Genifer (Ciranello) Mastrella & Frank Mastrella. He is also survived by his two grandchildren Rhiannon (Mastrella) Dennis and Daniel Domingo and his treasured great-grandson Vincent Mastrella. He is also survived by his in-law’s Patricia (Lynch) Mastowski and Brian and Lois (Lynch) Stout. Thomas was also loved by many cousins, nieces and nephews and family friends.
Visitation will be held 9:30AM-10:30AM, Monday, March 8, 2021 at Roberson Funeral Home Port Charlotte Chapel. Mass of Christian Burial will follow at 11:00AM at St. Charles Borromeo Catholic Church in Port Charlotte. A Private interment will follow at Restlawn Memorial Gardens in Port Charlotte, Florida. In lieu of flowers, memorial contributions may be made to Tidewell Hospice Inc. or St Jude’s Children’s Research Hospital would be appreciated.
Friends may visit online at www.robersonfh.com to extend condolences to the family. Arrangements by Roberson Funeral Home Port Charlotte Chapel.

To leave a condolence, you can first sign into Facebook or fill out the below form with your name and email. [fbl_login_button redirect="https://robersonfh.com/obituary/thomas-j-ciranello/?modal=light-candle" hide_if_logged="" size="medium" type="login_with" show_face="true"]
×

Interment to be private by family only.