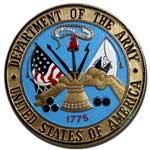 Born September 26, 1916 in Boston, Massachusetts, Thomas (Tom) moved to Punta Gorda over 20 years ago from Westboro, Massachusetts. A decorated veteran, U.S. Army, he served in both World War II and Korean War. Following his career in the military he worked many years for the Internal Revenue Service.

He is survived by his wife Gracie K. Peterson, and two sons, Robert Peterson of Hammond, IN and Larry Peterson of Cambridge, MA.

To leave a condolence, you can first sign into Facebook or fill out the below form with your name and email. [fbl_login_button redirect="https://robersonfh.com/obituary/thomas-peterson/?modal=light-candle" hide_if_logged="" size="medium" type="login_with" show_face="true"]
×