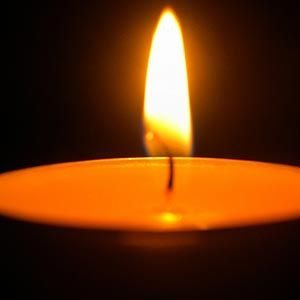 She was born October 31, 1932 in Decker, Indiana to the late John D. and Grace Manning and moved to Punta Gorda from California when her husband retired from the military. Velta was a widowed Air Force spouse and retired educator, teaching in public elementary schools for many years. She was a Methodist.

Survived by her loving family, two sons, Paul G. Edrington of Warner Robins, GA and Robert S. Edrington of Pasco, WA; two sisters, Ree Morrison and Maxine Julian both of Princeton, IN; and 5 grandcildren. She was preceded in death by her husband, Lt. Col. Paul K. Edrington, USAF retired, who died in 2011.

Memorial services will be held at a later date. Inturnment will be in Arlington National Cemetery, Arlington, VA.

Memorial contributions may be made to: Shriners Hospital of Portland , OR.

To leave a condolence, you can first sign into Facebook or fill out the below form with your name and email. [fbl_login_button redirect="https://robersonfh.com/obituary/velta-edrington/?modal=light-candle" hide_if_logged="" size="medium" type="login_with" show_face="true"]
×