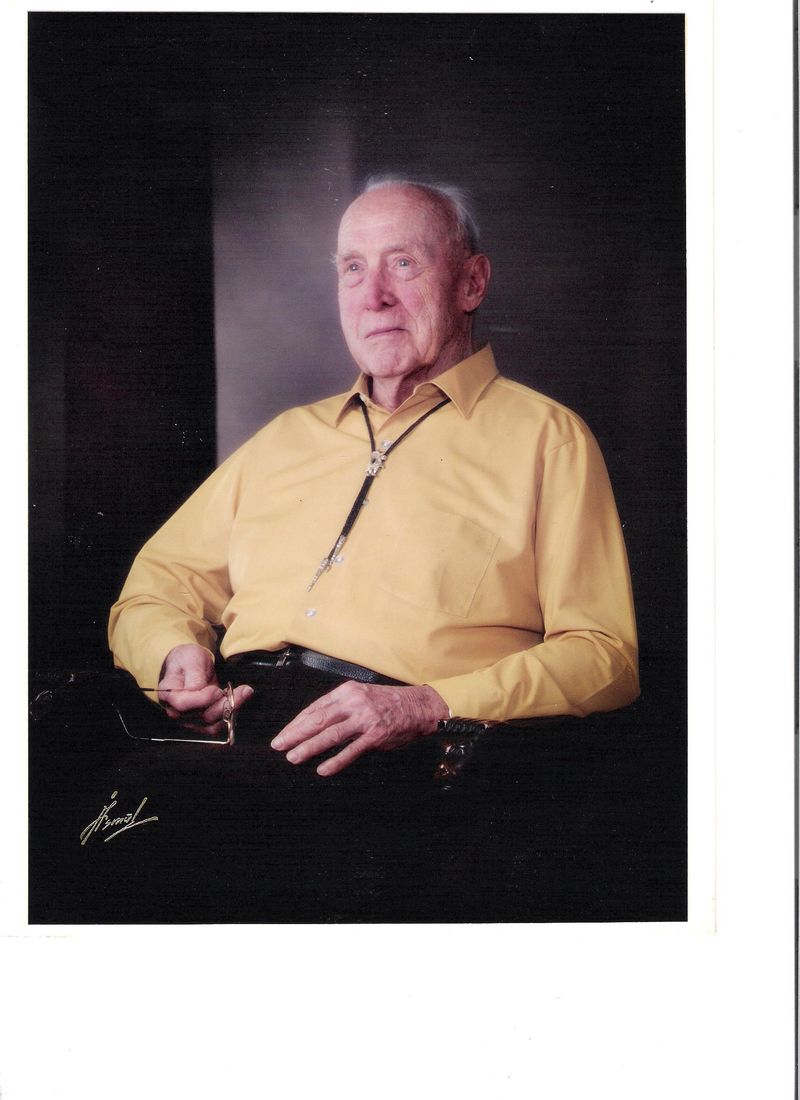 Dr. Martens was born August 15, 1912 in St. Louis, Missouri and moved to Charlotte County in 2003 from Haywood, Virginia.

He married Lucille Walter in 1937, they were blessed with a 62 year marriage until her passing on November 11, 1999. Upon graduation from the St. Louis University Medical School, Dr. Martens joined the United States Navy in 1939. Dr. Martens’ distinguished Navy career began in 1939 and ended in 1959. His Navy career, included an extensive combat role as a physician attached to the First Marine Division in the South Pacific during World War II, and ending as the Chief Pathologist and then Director at the National Naval Hospital in Bethesda, Maryland. Upon retirement from the Navy, Dr. Martens became the Chief of Pathology and then Director of Clinical Laboratories at the Washington Hospital Center in Washington D. C. for the next twenty plus years. While living in Germantown, Maryland with a community of 55 families and no local physician, he opened a general practice to provided patient service to this community every evening from 1950 thru 1968. In addition to all his other professional accomplishments, Dr. Martens cofounded the American Institute of Clinical Scientists.

Visitation will be held this Sunday from 2:00 PM to 4:00 PM, July 7, 2013 at Roberson Funeral Home, Punta Gorda Chapel, 215 Mary Street, Punta Gorda, FL 33950. Mass of Christian Burial will be held later in Virginia. Interment will full military honors by a U.S. Navy Honor Guard will be held at Arlington National Cemetery, Arlington, Virginia.

In lieu of flowers, memorial contributions to Tidewell Hospice, Inc., 5955 Rand Blvd., Sarasota, FL 34238. will be greatly appreciated. Friends may visit online at www.robersonfh.com to sign the memory book and extend condolences to the family.
Arrangements by Roberson Funeral Home Punta Gorda Chapel.

To leave a condolence, you can first sign into Facebook or fill out the below form with your name and email. [fbl_login_button redirect="https://robersonfh.com/obituary/vernon-martens/?modal=light-candle" hide_if_logged="" size="medium" type="login_with" show_face="true"]
×