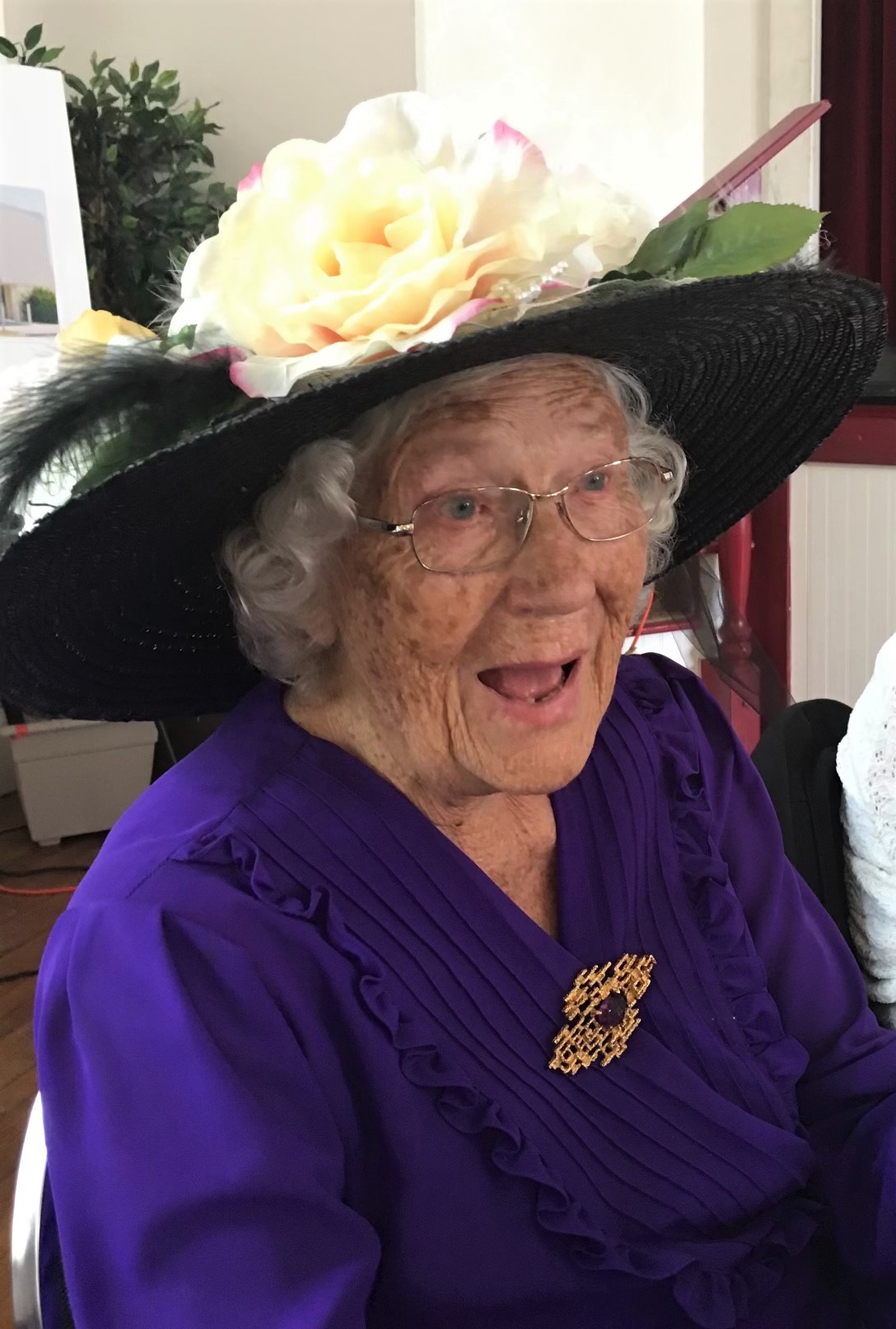 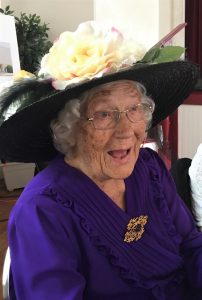 Virginia was born February 1, 1931 to the late David S. Hill and Violet L. (Peile) Hill. She was born and raised on her parent’s farm in Solona, Florida during the depression. Since there was no hospital in Punta Gorda at that time, and the closest was twenty miles away in Arcadia, she was delivered at home by a midwife.

Growing up on a farm during the Depression, Virginia’s family had just fifty cents in cash, as banks ran out of money. Fortunately, they were really self-sufficient, relying on the farm for their food and needing only to go to town for the essentials.  In addition, they had Virginia’s father’s income from his business of shipping fruits and vegetables up North by train.  There was no need to buy clothes, as they were sewn from feed bags. There was no electricity on the farm for most of her growing years and no mail delivery.  Virginia and her brother David, would have to make the two and half mile walk to town to pick up the mail because her father didn’t own a car or even have a driver’s license.

Virginia began elementary school in Punta Gorda when Sallie Jones was Superintendent, and one memory she never forgot was her teacher hitting her with a ruler over and over again to stop her from trying to write with her left hand.  She was not allowed in the classroom with other students until she was able to do so.  There was a bus that came to Solona that Virginia and David could ride to school, but sometimes they walked there and back home again.  Later they rode their bicycles.

During the years of World War II, Virginia remembered the British pilots stopping by the farm on their way to town from Arcadia to ask here mother to fry them up some chicken. Her mother would kill and clean a fresh chicken, and have it fried and ready for them on their return trip to Arcadia.   Often, she would add some cookies too.  There were also the hobos, who would get off the train near the farm and knock on the door to ask if they could work for food.  While there was seldom any work for them, her mother gave them plates of food, knowing they were hungry.

In high school, Virginia played the flute and the piccolo in the band and also held a job working in the local dry cleaners.  It was while she was in high school that she had to have her tonsils out, and she remembered the not so pleasant surgery done by Dr. Clement in his office without any anesthesia.  It was also Dr. Clement who taught her brother David how to fly and who took Virginia on her first plane ride to Arcadia, an experience she found frightening to say the least.

Upon graduation from high school in 1948, Virginia left Punta Gorda to go to Florida State in Tallahassee.  Her father drove her there the first time, but she then had to ride the Trailways bus the one time a year that she returned home. She had to work her way through college, and she did so in the library and also in the cafeteria.  When her father became ill, she worked in the B & B Store to help her family. She was able to make up the lost time in summer school and graduated with her class with a B.S. Degree in Home Economics and went on to teach in Highlands County, Florida for two years. She then went to work for the Hillsborough County Cooperative Extension Service for thirty-two years.

Virginia returned to Punta Gorda in 1986 with her second husband, Bill, and they built a home were Virginia continued to lived until her death. She was a Methodist and remained active until recent years, as a member of Retired Educators, the National Association of Retired Federal Employees, the GFWC Punta Gorda Woman’s Club and the Audubon Society.  She served as an officer in different capacities with those groups, only giving up in 2004 when she had to take over the business properties owned by her brother David after his death from a fall after Hurricane Charley.

Virginia loved living in Punta Gorda and enjoyed sharing stories of her life here. She was an avid traveler, often going on trips led by her brother.  She was especially fond of Florida foods, like swamp cabbage, guava cobbler, kumquat pie and cake.  She always maintained that the greatest obstacle she had to face was being a business woman, and knowing that she had to work harder and do more than men did.

In addition to her parents, she was preceded in death by her husband, Bill Muth and brother David Hill. She is survived by several cousins and friends who will treasure her memory.

Funeral services will be held Thursday 11:00 AM, May 19, 2022 at Roberson Funeral Home Chapel, 215 Mary Street, Punta Gorda, FL 33950.  Visitation will be from 10:00 AM Thursday until service time.  Interment will follow at Charlotte Harbor Cemetery, in Charlotte Harbor, Florida.

To leave a condolence, you can first sign into Facebook or fill out the below form with your name and email. [fbl_login_button redirect="https://robersonfh.com/obituary/virginia-ruth-hill-muth/?modal=light-candle" hide_if_logged="" size="medium" type="login_with" show_face="true"]
×