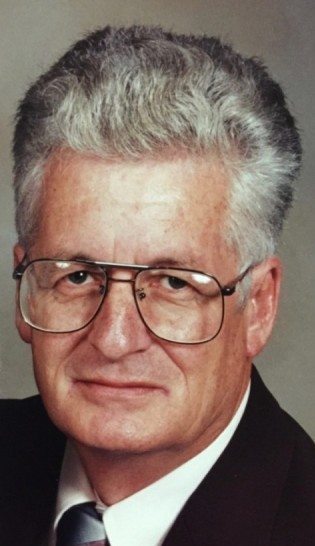 Private Interment with Military Honors by a U.S. Army Honor Guard will be held at a later date at Sarasota National Cemetery, Sarasota, Florida

Pete was born December 5, 1939 to the late Joseph M. and Olive J. Pieters in Wilcox, Arizona. During his childhood, Pete lived in Connecticut with his family. In his early twenties, he joined the Army and was briefly stationed in Alaska. After the Army, he began working at Union Pacific Railroad in Missouri, married Ruth in 1963, had two children, and some years later moved with Union Pacific to Omaha, NE. In 1993 Pete married Mary Jane and moved to Port Charlotte in 1999 from St. Louis, Missouri. Pete loved his wife, children, and grand children. He loved to travel and had visited 48 of the 50 United States over the years. He was quiet, smart, witty, and enjoyed a good golf game with his friends. We will miss him.

To leave a condolence, you can first sign into Facebook or fill out the below form with your name and email. [fbl_login_button redirect="https://robersonfh.com/obituary/weldon-h-pieters-2/?modal=light-candle" hide_if_logged="" size="medium" type="login_with" show_face="true"]
×

Private Interment with Military Honors by a U.S. Army Honor Guard will be held at a later date at Sarasota National Cemetery, Sarasota, Florida