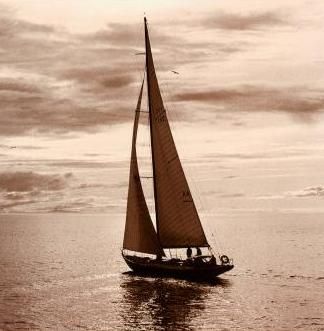 William E. Dobie, 90, of Port Charlotte, Florida passed away peacefully January 12, 2011 with his wife by his side in Port Charlotte.
He was born November 23, 1920 in Detroit, Michigan to his parents, William and Alice Dobie. William was a World War II veteran serving in the US Army. While in the Army he was assigned to Las Alamos.
He worked for 15 years for Honeywell as a regional sales manager and then went to work for Sid Harvey’s a large wholesale distributor on Long Island, NY, where he advanced to vice president. After retiring, he and his wife Sandra moved to Port Charlotte in 1988. He was member of Peace River Sail and Power Squadron, where he taught Celestial Navigation and was the proud recipient of the Chapman Award for best teacher of the year, one of five nationally. He was also a member of Charlotte Harbor Yacht Club and loved sailing. Bill’s positive attitude toward life and friendly disposition made him well like by his many friends.
Survived by his loving wife of 53 yrs, Sandra K. Dobie of Port Charlotte; two sons, William C. Dobie of New York and James B. Dobie of Colorado; a daughter, Cynthia L. Bloor of Michigan; three grandchildren, Stephen A. Dobie, Colin M. Bloor and Jessica N. Bloor.
Memorial services celebrating Bill’s life will be scheduled later at Roberson Funeral Home & Crematory Charlotte Chapel.
Heartfelt thanks to Tidewell Hospice for their help and care.

To leave a condolence, you can first sign into Facebook or fill out the below form with your name and email. [fbl_login_button redirect="https://robersonfh.com/obituary/william-dobie-2/?modal=light-candle" hide_if_logged="" size="medium" type="login_with" show_face="true"]
×