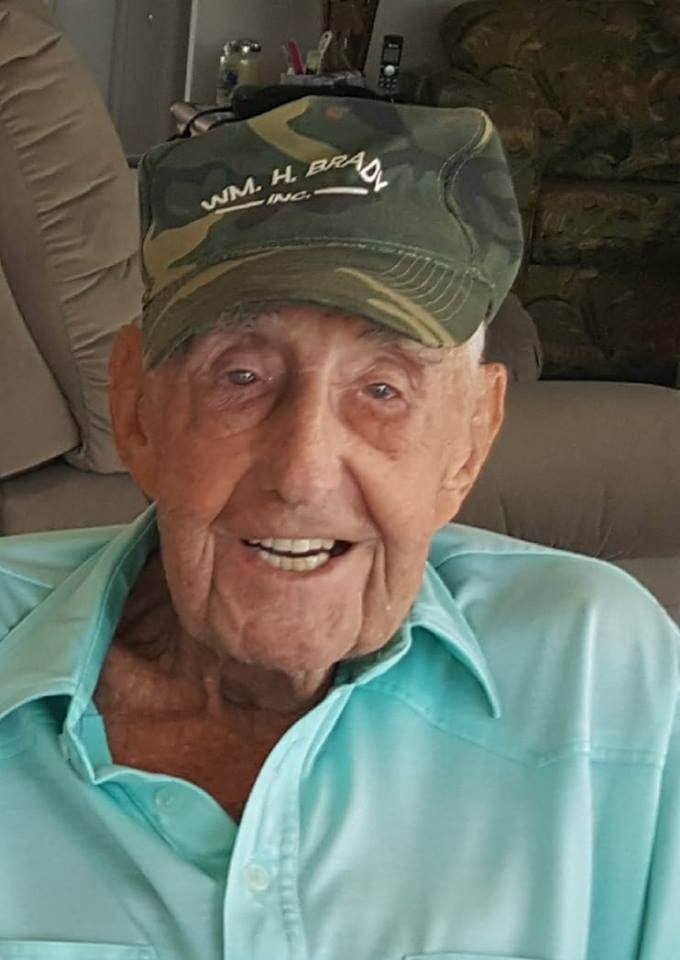 William “Bill” Henry Brady, Jr., of Punta Gorda, Florida died unexpectedly on Friday, May 10, 2019, at the age of 94. We say unexpectedly because he always said he never expected to live this long.

Bill was born March 1, 1925 to Mildred (Hall) Brady and William H. Brady, Sr., who both predeceased him. Bill had an interesting life. He grew up on the East Side of Wilmington, then moved to Richardson Park, where he used to hang out with the veterans from WWI (“the hobos”) at the railroad tracks, hop trains, and listen to their stories as they (really did) cook beans in a can over an open fire.

Bill entered the Navy in WWII, serving in England. He always valued the trip back there, with Edith, when he was 75, to visit the places where he had served. He especially looked forward to seeing Trafalgar Square – when he had last seen it, all the statues were covered with sandbags. We are forever grateful to the English people who treated him like a returning war hero, and made him feel so welcome. After the war, Bill entered the University of Delaware where he joined ROTC. After graduation, he was sent to Korea. During one combat mission, he was thrown by the percussion of a grenade and his back was broken. Fortunately, he suffered no permanent paralysis. Many years later, he was awarded the Purple Heart.

Bill started his own business doing commercial sheet metal, formerly Trojan Metal Products, and now William H. Brady, Inc. He was a savvy and honest businessman, and the company thrived. His son, Bill, now runs the company. Bill was an athlete. He excelled in bowling (House Champion), swimming (MAC record holder) and golf (four holes-in-one), and loved snorkeling in the Florida Keys.

Bill was a tough dad, who challenged his children to excel, work hard and be honest. He saw the world as it should be, and shared his opinion, regardless of whether you asked. He was loved by his family, but also by many others. Walk into the bank, the post office, sandwich shop or elsewhere, and everyone would smile and say “Hello, Mr. Brady”. He was, in our humble opinion, one of the greatest of the greatest generation.

He is survived by his wife, Edith (Faust) Brady, to whom he would have been married for 70 years on June 4. They had seven children, Jane (Michael Neal), Bill, III (Kathy), Tim (Diane), Denise Woods (Gary), Susan, Ken (Tracie) and Jim (Linda), all of whom survive him. He is also survived by grandchildren Sarah (Stephen), Patrick, Dawn, Sean, Sam (Lori), Zac, Lisa, Megan (Mark), Lauren (Jay), Ryan, Trent, Jim, Paul, and Mike (Meagan) and great-grandchildren Teddy, Liam, Anna, Cora, Ellie and Addison. Bill was special to all of us, and will be dearly missed. In addition to his parents, Bill was preceded in death by two sisters, Olive Szymanski and Helen Lind, and a cousin, Winfield, who was like a brother to him.

To leave a condolence, you can first sign into Facebook or fill out the below form with your name and email. [fbl_login_button redirect="https://robersonfh.com/obituary/william-henry-brady-jr/?modal=light-candle" hide_if_logged="" size="medium" type="login_with" show_face="true"]
×