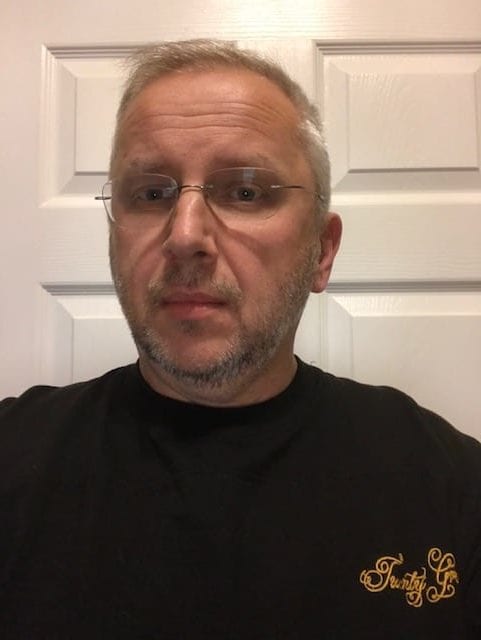 Any Flowers and Plants may be sent to Denise Krawiec at 182 Monica Street Port Charlotte, FL 33954.

In loving memory of Wlodek T. Krawiec, 57, of Port Charlotte, Florida who passed away suddenly on March 1, 2020. He was surrounded by his devoted family and many friends.
Wlodek was born January 16, 1963 in Poland. He immigrated to America in 1993 and lived in Port Charlotte since 2001. He is the son of his late parents, Zofia and Stanistav Krawiec, brother to the late Andreaj Krawiec. He is survived by his adoring wife of 21 years, Denise (Tracey) Krawiec and his son, Michael S. Krawiec; his loving mother-in-law, Patricia, family friend, John, his three sister-in-laws, Andrea, Shauna and Elaine; his brother-in-laws, Dan, Paul and Joe; his niece and nephews and their loving families.
Anyone who had the pleasure of meeting Wlodek knew he was kind and warm, with a great sense of humor. He was always willing to help others; his family and friends often relied on Wlodek for guidance. Wlodek was a highly sought after Environmental Engineering consultant. He was also an avid hunter and outdoorsman. Wlodek will be remembered for his witty humor, kindness in helping others and his keen intellect. He was a resourceful man who could figure out almost anything. He was a dedicated husband and father; a man who will never be forgotten and will be forever missed by all.
A Celebration of Life service will be held Saturday 4:00 PM, March 7, 2020 at the 24Twenty One Event Center, 2421 Tamiami Trail, Port Charlotte, Florida 33952.
Flowers and plants may be sent to Denise Krawiec at 182 Monica Street, Port Charlotte, Florida 33954 and will be transported to the Celebration of Life.
Friends may visit online at www.robersonfh.com to extend condolences to the family.

To leave a condolence, you can first sign into Facebook or fill out the below form with your name and email. [fbl_login_button redirect="https://robersonfh.com/obituary/wlodek-t-krawiec/?modal=light-candle" hide_if_logged="" size="medium" type="login_with" show_face="true"]
×

Any Flowers and Plants may be sent to Denise Krawiec at 182 Monica Street Port Charlotte, FL 33954.