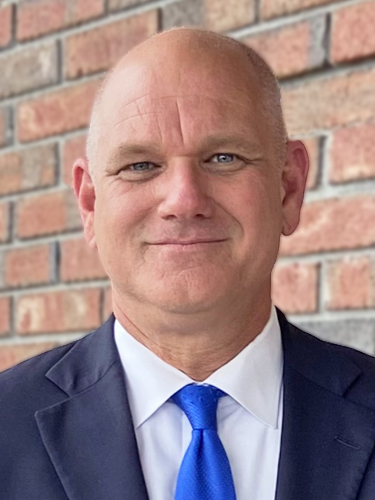 Clay decided to join his father, Ken Roberson, in the family businesses and became a licensed Funeral Director and Embalmer in 1993.
A Florida native, Clay was born in Bradenton and graduated from Manatee High School in 1987. In 1992, he received his A.S. Degree in Mortuary Science from Gupton-Jones College of Funeral Service, Atlanta, Georgia.

Clay is very involved in the community and is a member of New Day Christian Church in Port Charlotte is the Past President of both the Rotary Club of Harbor Heights-Peace River and the Florida Funeral Directors Association and a current board member of the Florida, Cemetery, Funeral, and Cremation Association and member of Selected Independent Funeral Homes.

Clay has coached, sponsored, and volunteered for youth and high school sports and arts in Charlotte County for over 30 years. He is a member of the 2010-2011 Leadership Charlotte Class of the Charlotte County Chamber of Commerce. In Clay’s free time he enjoys boating and tennis with his family. He also enjoys part time acting, he has worked on shows and movies such as Burn Notice, Six Feet Under, Graceland, Nat Geo the Right Stuff, ID Disappeared, HBO Ballers, ABC Blackish, Netflix The Assassination of Gianni Versace, Bloodline, The Chef, War Dogs, and Bad Boys 3.

Clay has recently worked as mortuary affairs advisor on a new series based on the book “Bad Monkey.” The series will star Vince Vaughn, from movies like Wedding Crashers, who will also serve as executive producer. Now filming in Miami and the Florida Keys, the series will be produced by Warner Brothers and air on Apple TV.
He and his wife, Toni, have two daughters, Hannah and Haylana, and a son, Hayden, and also 3 golden retrievers Marley, Buddy, and Bailey, and a bichon puddle Tinkerbell. He enjoys time with his family and dogs and going to church.

Clay and his family remain committed to providing the highest standards of professional care and service to the community.