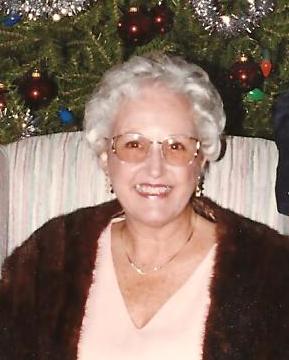 Agnes “Aggie” G. Konings, 85, of Port Charlotte, died Thursday, December 22, 2016, surrounded by her son Paul, her faithful companion, Ron Herr and with the support of Tidewell Hospice. Aggie fought a long battle with cancer, with few complaints and always finding the courage to carry on.

She was born October 16, 1931 to the late Paul and Josephine Schroeders in Herleen, Netherlands. She was raised in the Catholic faith. Through her local parish and school in the Netherlands, she volunteered to maintain the gravesite of an American soldier, killed during World War II and who was buried at the Netherlands American Cemetery & Memorial in Margraten, Netherlands. She rode her bike over 20 miles to bring flowers to the gravesite. The journey would take her all day. She said about the experience: Putting flowers on the grave of an American soldier was my way of trying to give something back to the American people. It was my way of showing how grateful we were for being liberated by the Americans. She continued taking the flowers until 1947, when the soldier was exhumed and returned to Marquette Wisconsin for his final burial.
She met her future husband, Joseph H. Konings in the Netherlands and they were married October 1953. They immigrated to the United States in the 1957 and settled first in Wellsboro, PA, before moving to Big Flats, New York. They moved to Port Charlotte in 1974. Aggie began working as a bank teller at First Florida bank and retired as a bank officer with SouthTrust Bank. In 2012, Aggie moved to Heritage Oaks in Port Charlotte, where she made many new friends and enjoyed playing cards, especially Euchre, in the clubhouse. She enjoyed traveling and spending time with her family.

She is survived by two sons, Paul J. (Linda) of Rotonda West, FL and Herman Konings of Eagle, CO; one sister, Elsa Hoeben of Port Charlotte, FL; and two brothers, Joseph Schroeders of Venice, FL and Paul Schroeders of Fort Lauderdale, FL, her companion Ron Herr, of Port Charlotte, FL and several nieces and nephews. She was preceded in death by her husband, Jeff, who died in 2012 and her sister Tina Hambuch, who died in 2015, and her parents.

Visitation will be from 1 PM to 2 PM on Friday, January 6, 2017 with a memorial service and celebration of life at 2 PM at Roberson Funeral Home Port Charlotte Chapel. Interment will follow at Restlawn Memorial Gardens, Port Charlotte, FL. In lieu of flowers, memorial contributions may be made to Tidewell Hospice, 5955 Rand Blvd., Sarasota, FL 34238

To leave a condolence, you can first sign into Facebook or fill out the below form with your name and email. [fbl_login_button redirect="https://robersonfh.com/obituary/agnes-aggie-g-konings/?modal=light-candle" hide_if_logged="" size="medium" type="login_with" show_face="true"]
×