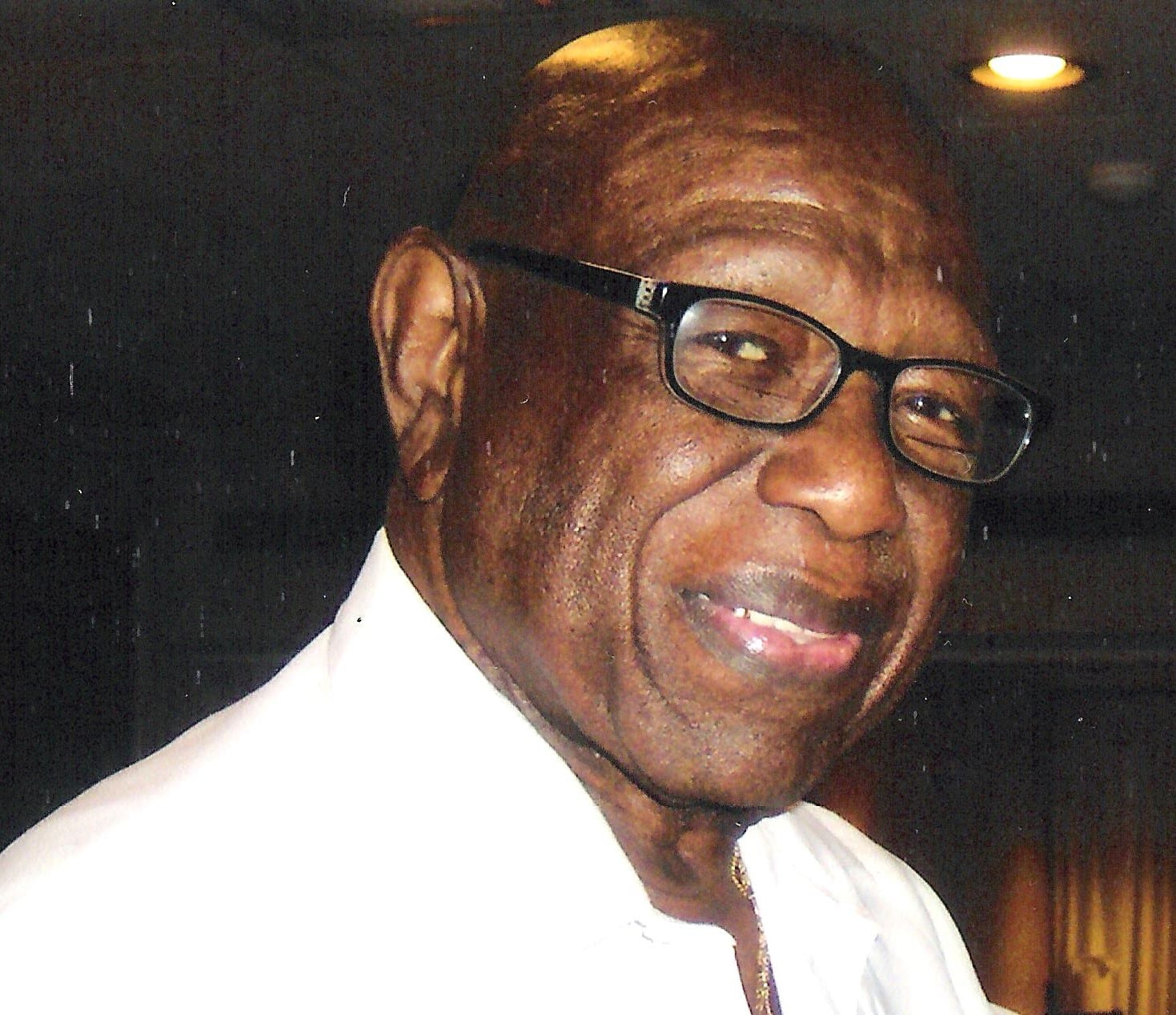 Interment with military honors by a U.S. Army Honor Guard

Albert Davis, 97, of North Port, Florida and Brooklyn, NY passed away on Sunday, July 4, 2021 at Tidewell Hospice in Port Charlotte, Florida.
Albert was born the ninth of 12 children to the late James and Clementina (McNish) Davis on July 21, 1923 in the Panama Canal Zone. As a young man, Albert traveled to the U.S. where he joined the United States Army and remained until he was honorably discharged. Albert found employment with several corporations as a Traffic Manager and retired from Acme Steel Corp.
Al as he liked to be called was very proud of his family and their accomplishments. Al loved to laugh. He enjoyed music, dancing, baseball, and WWE wrestling. He loved to play his harmonica and enjoyed a good game of dominoes. He also loved cars, especially Cadillac’s. Al was a people person. He knew most of his neighbors name and when they did not see him for a while they would stop by the house and ask about him.
Kindness and punctually were of upmost importance to Al. He would drive you anywhere at the drop of a hat. He just could not understand why people were always running late. He was a wonderful husband, father, grandfather, great grandfather, brother, uncle and friend.
Left to mourn him is his wife, Bernice Jones; a daughter, Alberta (Amos) Braithwaite; a sister, Ethlyn Edwards; a daughter-in-law, Diana Davis; four grandchildren, Griselda Jemott, Tasha (Junior) Preudhomme, Albert Davis, III, and Denise Davis; four great great grandchildren; and many nieces and nephews including his girls Jennifer Richards and Rita Jones; and a host of other relatives and friends.
Funeral service will be held Wednesday 11:00 AM, July 14, 2021 at Roberson Funeral Home Chapel. Visitation will be held from 10:00 AM until service time at the funeral home. Interment will military honors by a U.S. Army Honor Guard will follow at 2:0 PM, July 14, 2021 at Sarasota National Cemetery, Sarasota, Florida.
Friends may visit online at www.robersonfh.com to extend condolences to the family. Arrangements by Roberson Funeral Home Port Charlotte Chapel.

To leave a condolence, you can first sign into Facebook or fill out the below form with your name and email. [fbl_login_button redirect="https://robersonfh.com/obituary/albert-davis/?modal=light-candle" hide_if_logged="" size="medium" type="login_with" show_face="true"]
×

Interment with military honors by a U.S. Army Honor Guard