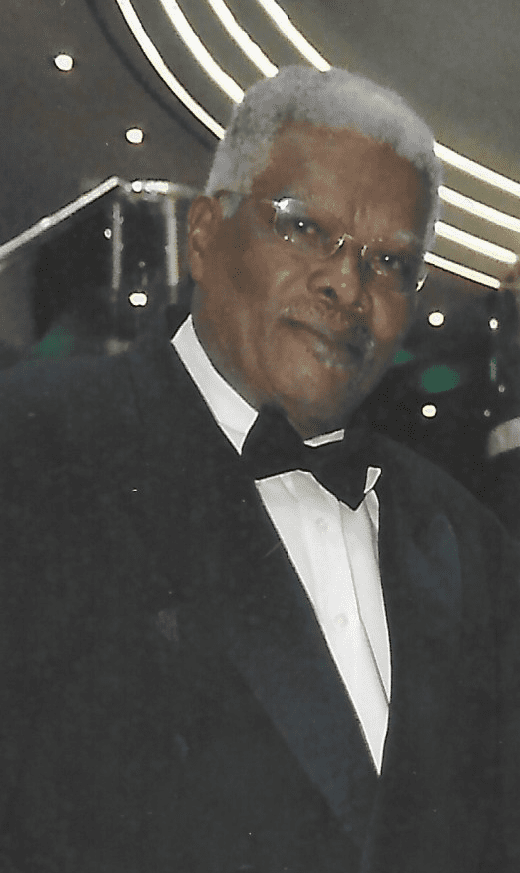 Andre Dallemand Sr. was born on April 30, 1941 in the city of Port-au-Prince, Haiti to Felix and Idalia Dallemand. The first of five siblings, Marie Lucie (deceased), Daniel, Pierre (deceased), and Luke; Andre quit school after the loss of his father at the age of fifteen. Armed with a limited education, Andre began to work to help his mother support his younger siblings.
In his early twenties, Andre met and married the feisty Miracia Dallemand. In 1970, he migrated to New York City; his wife, four children and his mother followed shortly after. In 1975 he became an American citizen in order to file for residency for his brothers and sister to come to the United States. After holding several jobs, Andre began working at Briden Construction in 1978.   While at Briden, he quickly moved up in the company to foreman. Holding this prominent position, Andre was able to help many family members and friends secure employment at the company, including his brothers, sons and cousins. Andre always believed in helping as many people as possible to secure work, especially Haitians coming into the United States. Andre was a faithful member of Ebenezer Haitian Baptist Church in Brooklyn, New York, where he served as a Deacon and a member of the men’s choir until he migrated to Port Charlotte. In 2001, Andre was forced to retire from his position at Briden after a bad fall on the job which left him hospitalized for many months. Retirement did not stop him from doing the thing he loved the most, construction. He moved to Port Charlotte where he became a faithful member of Eben-Ezer Haitian Baptist Church, Port Charlotte. Andre was instrumental in building the fellowship hall at Eben-Ezer where we can sit today to say our final farewell. In 2008, together with his wife Miracia, the Ebenezer Crisis Foundation in Port-au-Prince was formed out of their compassion and deep desire to help and provide for the people of Haiti. Andre and Miracia decided to dedicate their lives and resources to provide food, clothing and other materials to the neighborhood, hospitals, churches and orphanage. Family was very important to him, his father, Felix, was one of ten children. There were Dallemands everywhere, especially growing up in New York.   He would make sure we knew our heritage by continuously introducing us to other Dallemands. He was instrumental in starting the first Dallemand family reunion so all the children can know each other. He’d make sure we understood so we wouldn’t forget our ancestors. Today we pay homage to all the descendants of the Dallemand ancestry; we are family, as our dad would say, “nou se fanmi”.
Andre is survived by his wife Miracia, his six children, Guivard, Thessie, Ralph, Andre Jr., Hesther, and Thamar. His brothers, Daniel and Luke, and their wives, Jeanne and Marie. Wayne (Thessie) his son-in-law, Elizabeth (Ralph) and Linda (Andre Jr.) his daughters-in-law. His grandchildren are Alicia, Arek, Shuana (Darwin), D’Shaun, Dustin and Amber. He is uncle to Romain, Patrick (Letisha), Ricardo, Nadia (Nickerson), Roody (Yomilka), Daniel (Olivia), David (Gewaldine), Janis (Lamont), Sheila, Miriam, Shirley, Carline, Moses, Jean, Thomas (Erica Rose), Judith, Jerry and David. He leaves to mourn his many cousins and grand-cousins who are too many to name from the Dallemands, Sejours, Rousseaus, Francoise and Georges. His many friends and brothers in the Lord.  He will be missed tremendously by the family he forged in Haiti the Pastors and members at Eglise Redempteur de Carrefour-Feuille.  Also, Juliana, Zacherie, Esaie, Misna and Christoph whom he considered his children and who lovingly called him “Papi”. Andre Dallemand Sr. was a husband, a father, a father-in-law, a grandfather, an uncle, a cousin, and a great friend.  Most importantly, a servant of God who taught his family the importance of a relationship with God. He was a devoted Christian leaving behind his legacy of prayer, the epitome of a Christian. He lived a long, fulfilling life. Today, we celebrate a life well lived.
Bless the Lord!
Béni Seigneur!

To leave a condolence, you can first sign into Facebook or fill out the below form with your name and email. [fbl_login_button redirect="https://robersonfh.com/obituary/andre-dallemand/?modal=light-candle" hide_if_logged="" size="medium" type="login_with" show_face="true"]
×