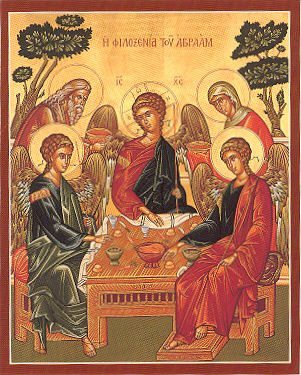 Andrew D. Kanton, 89 of Punta Gorda, FL passed away peacefully with his wife Maria at his side on Thanksgiving Day, Nov. 27, 2014 in Port Charlotte.

Andy was born on July 18, 1925 to the late Daniel and Ourania (nee Anton) Kanton in Chicago, IL. After graduating high school, Andy attended college and joined the U.S. Army Air Corps, serving his country in World War II. Following the war, he returned to civilian life and work. He met his wife Maria (nee Chirban), and on September 17, 1950 they were wed. Together they raised four children. Andy and Maria moved from Westchester, IL to Punta Gorda, FL in 2000 and are members of Holy Trinity Greek Orthodox Church in Port Charlotte. Andy was also a lifelong member of the Masons and of AHEPA. During his life Andy owned and operated restaurants and later for relaxation he operated a dairy farm. Andy was a jack of all trades, but his true passion was as a decorator.

He is survived by his beloved wife of 64 years Maria, and their four children, Denise (Dean) Futris, Linda (Paul) Ruby, Coreen (James) Healy, and Daniel (Sonya) Kanton; also, nine grandchildren. In addition to his parents Andy is preceded in death by a brother, Peter Kanton, and a sister, Jennie Nichols. He was also the brother-in-law of Georgia and the late Rev. Fred Halliman and the late Louis Chirban.

Visitation will be held from 4 to 7 p.m. with an evening Wake Prayer Service at 6:45 p.m. this Monday, December 1, 2014 at Roberson Funeral Homes, Port Charlotte Chapel. Further funeral services followed by interment will be held in Illinois.

In lieu of flowers, memorial donations in Andy’s name may be made to Holy Trinity Greek Orthodox Church, 24411 Rampart Blvd., Port Charlotte, FL 33980.

To leave a condolence, you can first sign into Facebook or fill out the below form with your name and email. [fbl_login_button redirect="https://robersonfh.com/obituary/andrew-kanton/?modal=light-candle" hide_if_logged="" size="medium" type="login_with" show_face="true"]
×