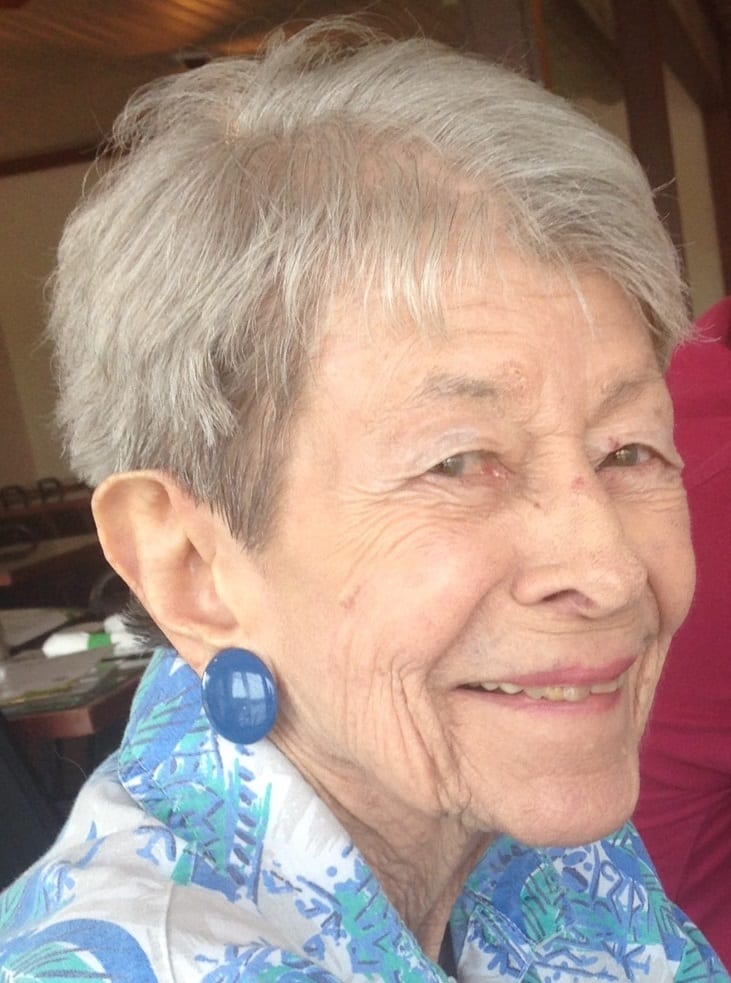 Anita Elsie Benter Thompson, 86, of Port Charlotte, Florida passed away on Memorial Day May 29, 2017 at Harbour Health Center, Port Charlotte, having recently spent time with each of her three children and suffering through the battle of COPD. Anita was born in Bonduel, WI on October 7, 1930 to Clara (Haferman) and Edwin Benter, the second of three children.

Anita graduated from Bonduel High School in 1948 as Valedictorian of her class. She attended business school in Green Bay and worked shortly at the Bonduel State Bank until moving to Madison in 1950. While in Madison, Anita worked at University Hospital and through her roommates met the love of her life, James Thompson. Anita and James married in 1954 and moved to Watertown, WI. Soon after they moved to Racine, WI and raised three children who she was very involved with and very proud of. In 1987 they moved to Punta Gorda, FL to fulfill a retirement dream.

Anita loved to spend time with her children, grand kids, and friends. She was an accomplished bridge player and also enjoyed gin, and cribbage. She enjoyed gardening, watching the Badgers & Packers, and acting in the Junior League Children’s Theater in Racine. She was an avid tennis player and played on many tennis teams in Racine and Punta Gorda over the years. The friendships she made playing tennis and cards forever carried through.

Anita is survived by her children Andrew (Anne) Thompson, Sara (Rich) Toxen, and Lisa (Steven) Welhouse, along with nine grandchildren. She was preceded in death by her parents, her sister Inez, her brother Roger “Bud”, and her husband James.

The family would like to thank South Port Square, Harbour Health Center and Bayfront Health-Punta Gorda for the care given to Anita. A memorial service will be held at 2:00 PM on Sunday July 2, 2017 at South Port Square Town Hall 23033 Westchester Blvd., Port Charlotte, FL33980

To leave a condolence, you can first sign into Facebook or fill out the below form with your name and email. [fbl_login_button redirect="https://robersonfh.com/obituary/anita-elsie-benter-thompson/?modal=light-candle" hide_if_logged="" size="medium" type="login_with" show_face="true"]
×