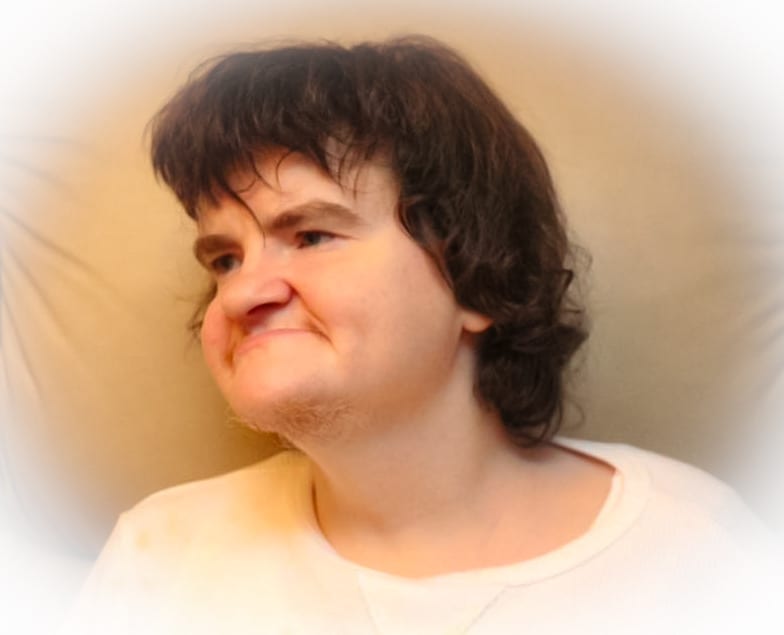 Born on April 24, 1959 in Baltimore, Maryland, to James L. & Joyce Ann (Taylor) O’Hara, she was one of six children. She was born prematurely and she was deprived of oxygen during birth resulting in profound retardation. She was also diagnosed with Lennox-Gastaut Syndrome, which is a rare and severe kind of epilepsy leading to multiple types of seizures daily throughout her life. As an infant she was not expected to live, however she outlived five of her doctors. When she was six years old, her neurologist at John Hopkins wanted her to participate in a new ketogenic (starvation) diet that would suspend her brain’s activity and allow the seizures to slow down enough so she could learn to walk, feed herself, and perform basic life skills. In the late 1960s, she was an athlete in the Special Olympics, earning gold medals in the 50 and 100 yard dash. April loved to run and feel the wind blow through her hair. She loved the sound of cards shuffling and would spend the day shuffling cards in her basket to pass the time. Her passions included McDonald’s french fries, Cheez-Its, cake, Coca-Cola, eggs, rugby, and soccer.

April was a loving gift from God who brought peace and joy to everyone she met. She was a blessing to all, and will be missed dearly.

To leave a condolence, you can first sign into Facebook or fill out the below form with your name and email. [fbl_login_button redirect="https://robersonfh.com/obituary/april-gaye-ohara/?modal=light-candle" hide_if_logged="" size="medium" type="login_with" show_face="true"]
×