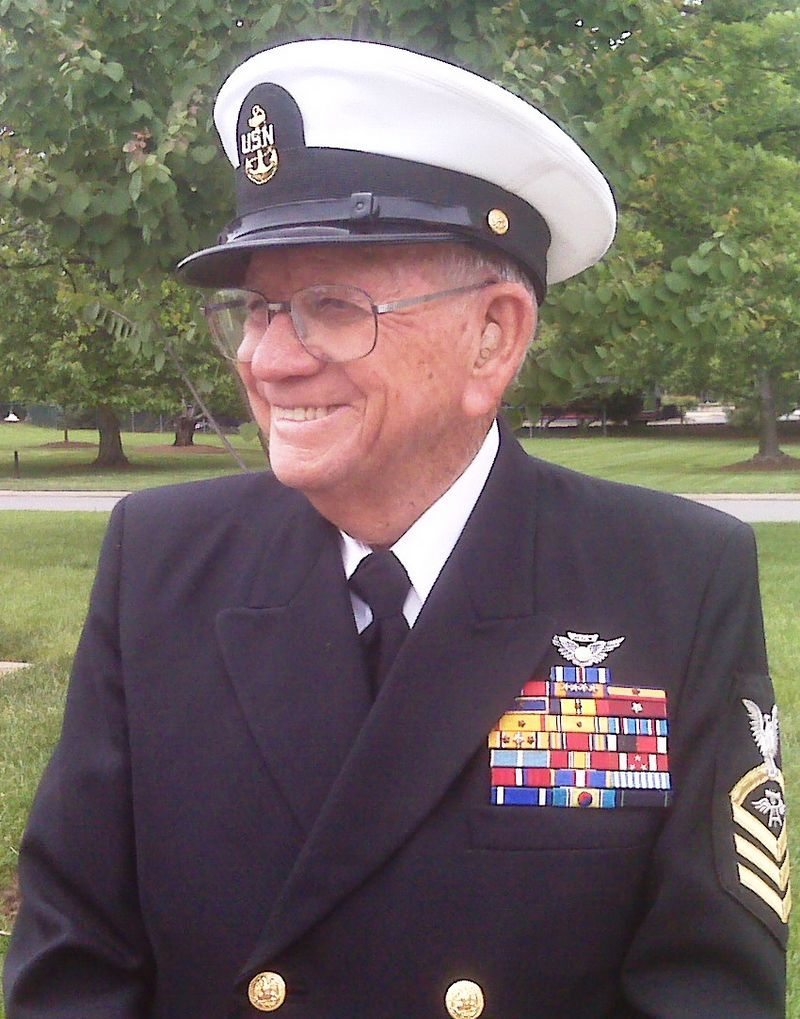 Born May 13, 1921 in Detroit, Michigan, Arthur was in the Philippines when Pearl Harbor was attacked, making his historic squadron the first aviators to engage the Japanese after the U.S. declared war. Against overwhelming odds they lost 16 out of 24 planes in the first 10 days of battle. Later in the war Art’s plane was shot down near a South Pacific island and the crew had to keep their rubber boat away from enemy rifle fire until picked up by a British seaplane that took them to Australia, where Art put on an Australian uniform, climbed into an R.A.A.F. airplane, and went right back into the air to fight. Art served 21 years in the U.S. Navy and earned the Distinguished Flying Cross, the Bronze Star, Air Medal, and 17 other medals and citations. After retirement Arthur spent more than a decade at sea as an advisor to the Navy, and his love of flying endured until his most recent set of wings.

Cancer lost many battles to Art, and though it finally took his life it never could damage his love or wit or courage. Art died happy and ready to join his Lord and his wife of sixty years, Helen.

To leave a condolence, you can first sign into Facebook or fill out the below form with your name and email. [fbl_login_button redirect="https://robersonfh.com/obituary/arthur-demott/?modal=light-candle" hide_if_logged="" size="medium" type="login_with" show_face="true"]
×