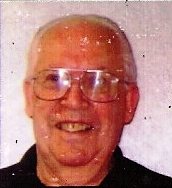 He was born October 9, 1926 in Niagara Falls, Ontario Canada and moved to Port Charlotte in 1987 from Upper Marlboro, Maryland. Art served in the U.S. Navy during World War II afterwards earning his Master’s degree in Civil Engineering from Notre Dame where he taught for 3 and one half years. Art’s professional career from 1950 to 1987 was spent with the firm Mueser Rutledge Consulting Engineers. There he worked on some of the world’s largest engineering projects from the New York World’s Fair, the United Nations Building, Cape Kennedy, the University of Florida and the Washington DC Metro rail System. Once moving to Port Charlotte, Art never really retired as he worked and volunteered at the Cultural Center of Charlotte County. There he was the Wood Shop Manager and actively volunteered in many center activities. One of Art’s most notable hobbies was his clock making. With his wife Clara they shared their strong Presbyterian faith with many. Over the years Art served as an Elder.

To leave a condolence, you can first sign into Facebook or fill out the below form with your name and email. [fbl_login_button redirect="https://robersonfh.com/obituary/arthur-m-mayes/?modal=light-candle" hide_if_logged="" size="medium" type="login_with" show_face="true"]
×