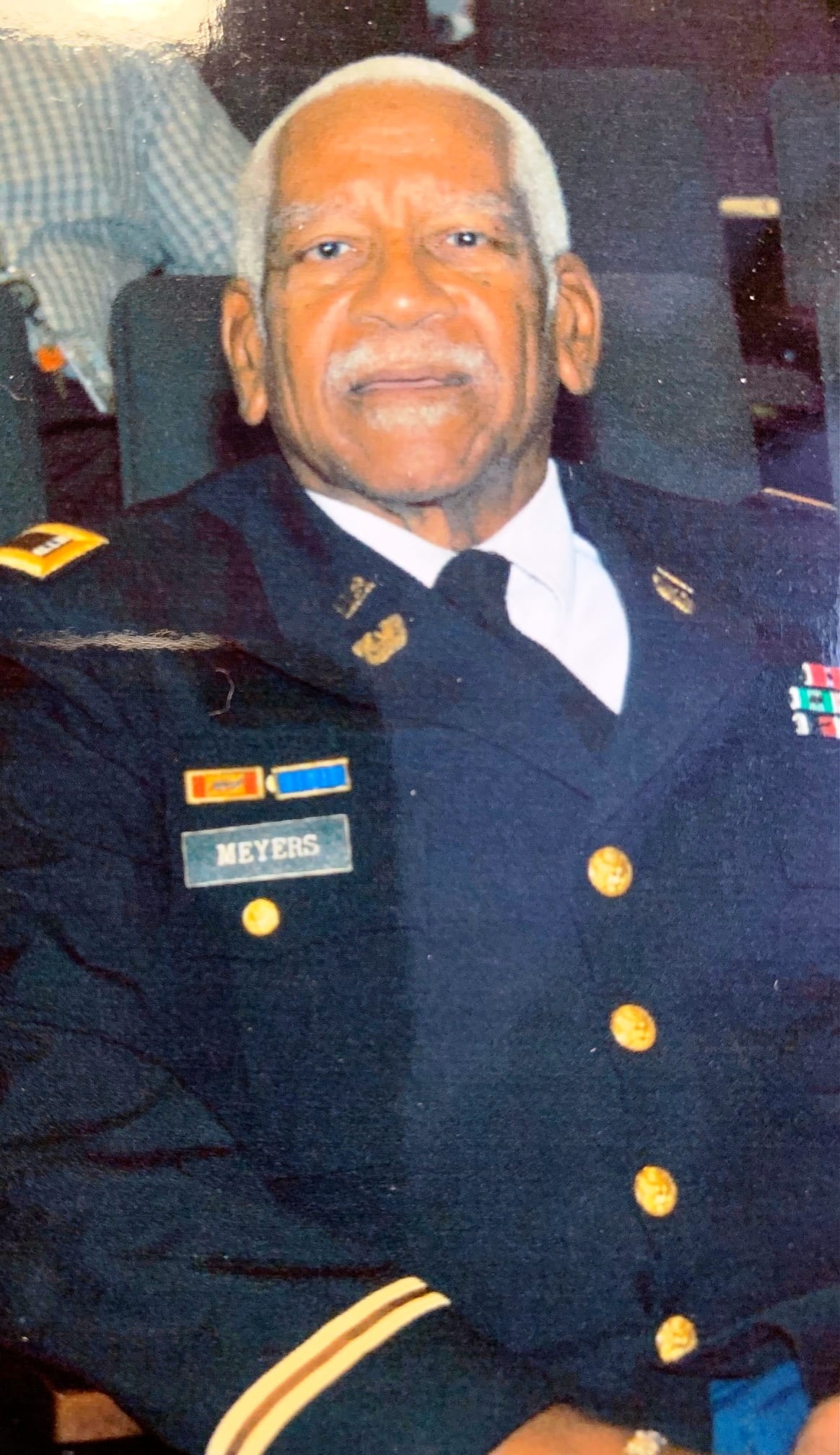 Charles Leslie Meyers, 88, of Port Charlotte, Florida passed away Saturday, July 3, 2021 at his home in Port Charlotte.
Charles was born to Charles and Constance Meyers on March 24, 1933 in Colon, Panama and moved to Port Charlotte with his lovely wife, Castalia of 60 years in 1993. Charles was a retired U.S. Army veteran of 20 years, also retiring from the New Jersey Department of Transportation. Charles served as Major of Pemberton, New Jersey for 8 years. He was a Rotarian and Mason for many years and he enjoyed volunteering for both the Grace Episcopal Church in New Jersey and St. James Episcopal Church in Port Charlotte. Four of his five children served the military of which he was proud and his eldest daughter is a retired teacher. Charles loved fishing, golfing and loved being an active bowler for many years. Charles loved life to the fullest and will forever be missed by all who loved and knew him.
Survivors include his loving children, daughters, Carla Meyers and Carmen Estela Meyers; sons, Eddie and Alvaro Meyers; 11 grandchildren and 7 great grandchildren. He was preceded in death by his loving wife, Castalia Meyers and son, Charles Meyers, Jr.
Visitation will be held 10:00AM-11:00AM with a funeral service to follow at 11:00AM on Friday, July 16, 2021 at St. James Episcopal Church in Port Charlotte. Inurnment will follow at a later date by the family at Sarasota National Cemetery, Sarasota, Florida. In lieu of flowers, family requests an offering to be made to St. James Episcopal Church, 1365 Viscaya Drive, Port Charlotte, FL 33952.
Friends may visit online at www.robersonfh.com to extend condolences to the family. Arrangements by Roberson Funeral Home & Crematory Port Charlotte Chapel.

To leave a condolence, you can first sign into Facebook or fill out the below form with your name and email. [fbl_login_button redirect="https://robersonfh.com/obituary/charles-leslie-meyers/?modal=light-candle" hide_if_logged="" size="medium" type="login_with" show_face="true"]
×