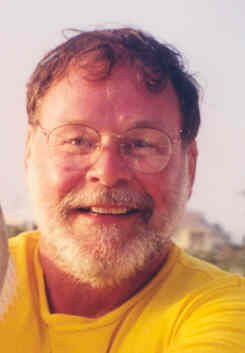 Chester Anthony Pruszynski ,63, passed away Tuesday, September 1, 2009 at
Tampa General Hospital. He was born Feb.22.1946 in Jamaica NY and moved to
Port Charlotte in 2004 from Sebastian, FL.

He served in the US Army and was honorably discharged. Chet relocated to Shrewsbury N.J. where he found the love of his life, sailboats. He was an incredible sailor. Chet’s favorite saying was There is nothing – absolutely nothing – half so much worth doing as simply messing about in boats. Chet’s first sailboat was a 23-foot Pearson Electra, named Shadowfax. After meeting his future wife, Harriet Diamond, they bought an Alberg 30 named Felicity and sailed down the intercoastal waterway to Florida in 1981. The adventure began there. Since locating to Florida, Chet has owned a number of sailboats, the last being a Hunter 37C named Harriet’s Chariot. He lived in both Indian River County and Charlotte County.

To leave a condolence, you can first sign into Facebook or fill out the below form with your name and email. [fbl_login_button redirect="https://robersonfh.com/obituary/chester-pruszynski/?modal=light-candle" hide_if_logged="" size="medium" type="login_with" show_face="true"]
×