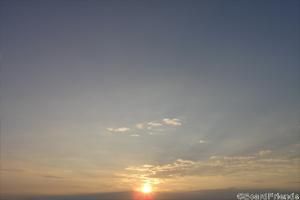 Christopher Alan Graham, 42, of Port Charlotte passed away April 24, 2011 in his home. He was born February 22, 1969 in Windsor Canada. He and his family moved to Port Charlotte in 1998 from Michigan. He is survived by his wife Dotti, daughter Alyshia, sons, Sean and Bradley, and his mother Esther Susin. Brothers, Andy and Paul. Chris was a wonderful husband, father, and friend to all that knew him and will be missed very much.
There will be a memorial service 3:00 PM Saturday, April 30, 2011, at Roberson Funeral Home and Crematory in Port Charlotte. Rev. William Bales from Sonshine Baptist Church will preside.
Friends may visit online at www.robersonfh.com to sign a guest book and extend condolences to the family. Arrangement by Roberson Funeral Home & Crematory Port Charlotte Chapel.

To leave a condolence, you can first sign into Facebook or fill out the below form with your name and email. [fbl_login_button redirect="https://robersonfh.com/obituary/christopher-graham/?modal=light-candle" hide_if_logged="" size="medium" type="login_with" show_face="true"]
×